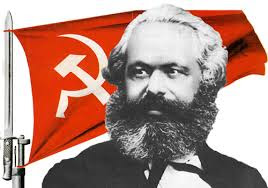 Milton Friedman is a good example of a great champion of free markets whose economics betrayed his philosophy. Few economists enjoyed the ear of the common man in the way Friedman held it. He wrote regularly for popular magazines, appeared on TV talk shows and produced a wonderful documentary series for PBS on the miracles produced by free markets. Yet the mainstream economic theories he championed undermined his speech. Here is how.

The first clue comes from the fact that economists trained in the German historical school , known as socialists of the chair, created the American Economic Association to promote German style socialism in the US. Bismarck, the prime minister in Germany in the late 1800s, had implemented almost all of the socialist agenda by the 1890s in what became known as the “welfare state.” Convinced that Germany was inventing the cutting edge of history, the American economists determined to bring such “progress” home.


It is precisely the absence of the profits that prompts mathematical economists to consider the state of undisturbed static equilibrium as the ideal state, for they are inspired by the prepossession that entrepreneurs are useless parasites and profits are unfair lucre... There is for the unaffected scientific observer nothing objectionable in his description of disequilibrium. It is only the passionate pro-socialist zeal of mathematical pseudo-economists that transforms a purely analytical tool of logical economics into an Utopian image of the good and most desirable state of affairs. (Mises, Theory and History, 366-7)

That fictional construct made it possible for economists to imagine controlled experiments in which only one variable at a time is changed in order to assess its impact on other variables. It’s a useful tool of analysis. The problems developed when mainstream decided to pretend the fiction was real so they could use their math and pretend to be physicists. Equilibrium morphed into a norm without telling the students. Disequilibrium became bad; equilibrium good, even though the real world is always in disequilibrium.

Yet, equilibrium economist had to explain 300 years of improvement in standards of living, which couldn’t happen under equilibrium, so the Solow fabricated a growth model that assumes growth will just happen. Entrepreneurs need not apply; they’re not needed. But why is assuming away entrepreneurs so terrible a thing? Mises responded:


“This interpretation of history from the egalitarian point of view is the official philosophy of our age. It assumes that an automatic process of historical evolution tends to improve technological methods of production, to accumulate wealth, and to provide the means for improving the standard of living of the masses. Looking back upon conditions in the capitalistic West as they developed in the last century or two, statisticians see a trend of rising productivity and blithely surmise that this trend will continue, whatever society's economic organization may be. As they see it, a trend of historical evolution is something above the level of the actions of men, a "scientifically" established fact which cannot be affected by men and by the social system. Hence no harm can result from institutions— such as the contemporary tax legislation—which aim at ultimately wiping out the inequalities of income and wealth. (Mises, Theory and History, 330-331)

As Jorg Guido Hulsmann wrote in Mises: The Last Knight of Liberalism (722), “The equilibrium construct was necessary as the logical opposite of entrepreneurial profit and loss."

But why would economists want to euthanize the entrepreneur after Schumpeter declared him to be the master of improvement? According to Marx, the workers and the means of production are all that matter in a firm: the entrepreneurs are mere exploiters. If progress just happens, then no one has a right to the products and services produced, especially the profits, so the state can distribute them as it sees fit.

Keynes understood another problem with fetish of equilibrium. His famous statement that in the long run we’re all dead has been taken out of context. He meant by it the obsession with equilibrium, which he understood to be a fictional state that markets aimed for in the extreme long run. Keynes was trying to pull other economists back to the analysis of reality, which is disequilibrium.

Next came the perfect competition model. Perfect competition assumes that all products and services are nearly exactly the same, that the numbers of producers and consumers are so large that no one group can affect prices, and barriers to entry into production are very low. Technically, marginal costs are equal to marginal revenue and production takes place at the maximum quantity and lowest price.

The insidious assumption is that of homogenous products; everything is alike. Some markets comes close, such as metals because one ounce of pure gold is very much like any other. The same goes for iron, copper, tin, etc. Mainstream econ tries to apply the model to agriculture and small businesses, such as mom-and-pop T-shirt printing businesses, but it doesn’t fit so well.

But imagine perfect competition applied to cars: everyone could have the colored the wanted as long as they like black, as Ford said of his Model-T. If perfect competition has been applied to the car industry at the invention of the Ford, we would be stuck today with black Model-T’s. In fact, the old USSR and India tried such a ridiculous scheme for much of their existence under socialism. Of course, the state had to outlaw competition and imports in order to force people to buy their junk. But as soon as the door cracked open for a breath of free air, consumers abandoned the socialist dream car for anything made anywhere else.

Like equilibrium, perfect competition provided a useful teaching tool. However, mainstream economists have made it the norm, the ideal. But only a communist country can implement it. Perfect competition thinking was behind the Affordable Care Act, or Obamacare. The government limited the types of policies available on exchanges to just four and each level had to contain exactly the same benefits. And as Bernie Sanders likes to say, do we really need all of these choices?

Theories of market failure come mostly from the assumption that perfect competition should be the norm. Economists set up a false idol that can only be approximated by communism and then declare any system that doesn’t live up to the fictional idol a “failure.”

Another way in which mainstream econ promotes socialism is through its theory of money. When the US created the Federal Reserve in 1913, it embraced central planning over money, or socialism. Then Friedman came along and convinced economists that the primary driver of the economy is monetary policy. Monetarism is socialist in that it gives the full power to control the economy to the Fed.

Finally, mainstream econ promotes socialism with its theory of business cycles. The mainstream assumes that recessions are random events, in other words, crap happens! By denying any cause for recession, it gives the federal government and Federal Reserve full authority and power to do anything they want to correct the situation. Neither can cause any harm and all that they do is for the better.

Mainstream refuses to accept a monetary theory of business cycles. The Bank for International Settlements is the only large institution that comes close to embracing it. Mainstream economists will not even consider the monetary theory, popularly known as the Austrian business-cycle theory (ABCT), because they want cycles to be inherent in markets and therefore an excuse for state intervention, as Mises wrote:


Neglect of the problems of indirect exchange was certainly influenced by political prepossessions. People did not want to give up the thesis according to which economic depressions are an evil inherent in the capitalist mode of production and are in no way caused by attempts to lower the rate of interest by credit expansion. Fashionable teachers of economics deemed it "unscientific" to explain depressions as a phenomenon originating "only" out of events in the sphere of money and credit. There were even surveys of the history of business cycle theory which omitted any discussion of the monetary thesis (Mises Human Action, footnote, 204).

Restraining the march to ever increasing socialism can’t be slowed by making the public better informed about economics. Success requires sound economics firmly rooted in reality, such as the Austrian economics of Mises, Hayek, Lachmann and others.

People don’t need economics in order to keep growing and improving their everyday lives. After all, the Dutch vaulted their standards of living far above those of their ancestors almost two centuries before Adam Smith wrote his famous book. Smith held the Dutch up as the best example of his system. Economics was still a babe in England a century after the Industrial Revolution began, maturing only after Mises assembled all of the scattered pieces. We need good economics to counter the bad economics that rains on people from the media and reigns in academia.
Posted by Roger McKinney at 6:53 AM