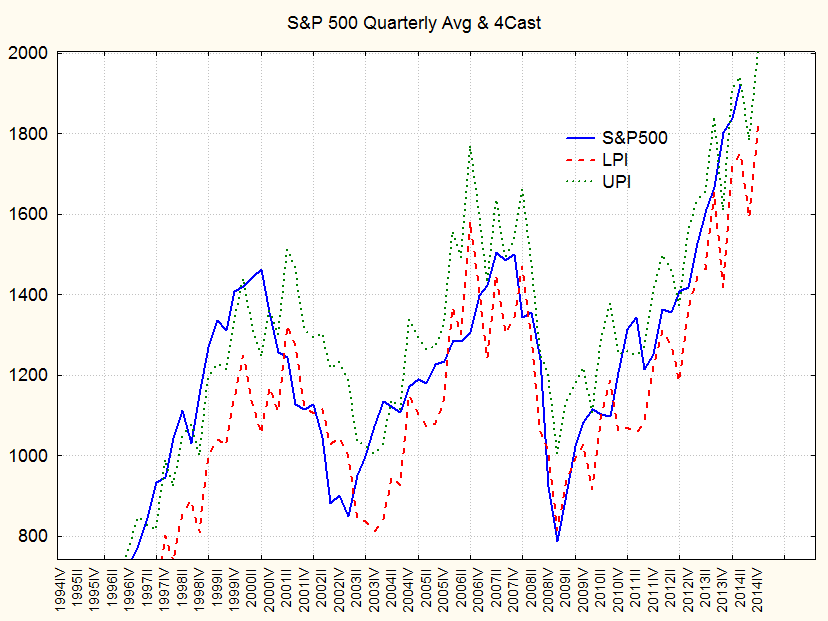 Read more »
Posted by Roger McKinney at 10:00 PM No comments: Links to this post

The Dao of Investing - It's time to sell

I recently finished Mark Spitznagel’s book The Dao of Capital: Austrian Investing in a Distorted World and highly recommend it. Spitznagel is the founder and President of Universa Investments, which specialized in equity tail-hedging, or as the book jacket says, “profiting from extreme stock market losses.”

The author began his career trading in the futures bond pits at the Chicago Board of Trade and works closely with the Black Swan, Nassim Talib. At one point he was head of proprietary trading at Morgan Stanley.

Nuts and bolts trading advice doesn't begin until chapter nine of ten. I recommend reading those chapters first so that the reader won’t hurry through the very interesting preceding eight chapters trying to get to the caramel nugget at the center.

He begins with the Chinese philosophy of Dao because Murray Rothbard once wrote that the Daoists were the first Austrian style thinkers. That may be so, but in a forthcoming book I show that Moses created the first libertarian society and laissez-faire economy, which makes him very Austrian.

Spitznagel divides his Austrian investing into sections I & II. Investing I is about timing the market. In Financial Bull Riding I recommended that investors pay attention to reports of historically high profits as precursors to a crash. Investors should abandon the stock market before profits collapse and then re-enter in the depths of a recession. Spitznagel offers another tool that he calls the Misesian Stationarity (MS) index.

The basic idea behind the MS index is that Fed monetary policy distorts the economy and thereby the prices of stocks until the distortion can continue no longer, at which point the market collapses. The author tested what might have happened to an investor who sold when the index rose above 1.6 and bought when it fell below 0.7. He bought treasury bills each time he sold out of the market. His hypothetical portfolio outperformed the S&P 500 by more than 2% per year from 1900 through 2012.

Over say 30 years, even such a small outperformance would mean a huge increase in total dollars returns, but keep in mind that by avoiding the major collapses in the market, hedge funds that underperform the S&P 500 still can almost double actual dollar returns to investors. I go into more detail in Financial Bull Riding about this seeming contradiction.

Next, Spitznagel performs a hypothetical “tail hedge strategy” on the same portfolio.  Instead of selling out at high MS index values, he  bought 2-month ahead out-of-the-money puts as insurance against a stock market collapse. As before, he divided returns according the level of the MS index at the start of each one year period. The resulting increase in returns was even more impressive:

“When the MS index is in the upper quartile (as it is as I write), there has been an approximate 4 percentage-point outperformance of the Austrian Investing I strategy (or a tail hedged index portfolio) over only owning the index (an outperformance that fades as the starting MS index level falls).”

At the time Spitznagel wrote the book the MS Index was above the sell signal and has only gone higher since.

Spitznagel’s strategy doesn’t end with timing the market. The Austrian school suggests advice for picking individual companies instead of owning an index and Spitznagel employs that in Austrian Investing II, which also has two parts:

1.       Pick stocks of companies with high returns on invested capital (ROIC), “...best calculated by dividing a company’s EBIT (operating earnings before interest and tax expenses are deducted) by its invested capital (the operating capital required to generate that EBIT).

2.       Buy stocks of companies with low Faustmann ratios, “...meaning a low market capitalization (of common equity) over net worth (or invested capital plus cash minus debt and preferred equity) ratio.”

The author explains the rationale behind part 1:


“On theoretical grounds, we expect a firm with high ROIC to remain in such standing, as its managers will continue to reinvest in the firm (why wouldn’t they?), and this will only further solidify their positions of competitive advantage.”

“The data match up with our theoretical deduction. It turns out that high ROICs have been sustainable... we see that the Siegfrieds...- defined as firms realizing 75 percent or higher ROIC at the start of each 10-year period – have tended to persist as Siegfrieds – or have retained their elevated ROIC by the end of each 10-year period.”

Investors who grasps the main principles of Austrian economics and especially the Austrian business-cycle theory will not only earn much higher returns on their investments, they will be able to sleep better because they understand how the stock market works and know they are not taking large risks with their funds. Of course, I’m using “risk” in the Austrian sense of uncertainty and not the mainstream economics definition of just volatility.

PS: That the MS Index shows that investors should have exited the market in 2012 shows that investors need to be willing to be wrong for a couple of years and be OK with that. Spitznagel proves that in the long run investors will make more money by following the Index and being wrong for a few years. But that takes a special kind of personality.
Posted by Roger McKinney at 9:34 PM No comments: Links to this post 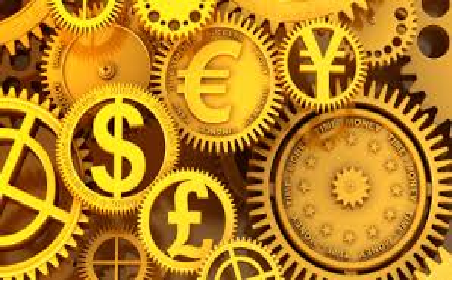 Spontaneous Finance has a good post on why negative interest rates on bank deposits at the European Central bank will not encourage bank lending to businesses, especially lending to small businesses that represent greater risks. As Julien shows, the move by the ECB does little more than squeeze bank profits at a time when low interest rates have already reduced profits. The analysis covers Europe, but the same principles apply to the US because the European Basel accords regulate banking on both banks of the pond.

Read more »
Posted by Roger McKinney at 10:06 PM No comments: Links to this post

The Mysterious Case of Missing Inflation 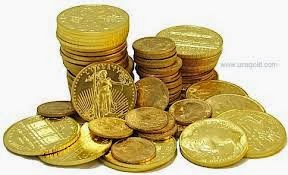 When the Fed dramatically expanded its balance sheet after the latest recession began, many economists expected to meet high inflation barreling down the road. Fear of inflation helped send the price of gold to $1,800 per ounce. Instead, inflation has been very mild and is flirting with deflation. What happened?

Of course, Austrians needed Hayek and Mises to remind us that the quantity theory of money shouldn't be taken mechanically. Someone has to borrow money and spend it in order for lower interest rates or QE to increase the money supply. The state borrowed and spent in the hyperinflation in during the 1920’s. And the government borrowed and spent during the 1960’s and 1970’s to create high inflation.

Today, the government borrows to maintain spending while spending increases are relatively small due to high existing debt and political opposition to increasing debt. Businesses aren’t borrowing because high taxes and massive regulation raise the profit bar to pole vaulting levels. So people are borrowing to invest in assets such as real estate and the stock market or exporting newly created money by investing overseas or buying imported goods.

Julien Noizet at spontaneousfinance.com informs us that banking regulations are directing lending to real estate. In “A new regulatory-driven housing bubble?” Julien explains the effect of risk weighted assets (RWA) on lending:

regulations are still incentivising banks to channel the flow of new lending towards property-related sectors. A repeat of what happened, again and again, since the end of the 1980s, when was first introduced. I cannot be 100% certain, but I think this is the first time in history that so many housing markets in so many different countries experience such coordinated waves of booms and busts.

So far we’ve had two main waves: the first one started when regulations were first implemented in the second half of the 1980s. It busted in the first half of the 1990s before growing so much that it would make too much damage. The second wave started at the very end of the 1990s, this time growing more rapidly thanks to the low interest rate environment, until it reached a tragic end in 2006-2008. It now looks like the third wave has started, mostly in countries where house prices haven’t collapsed ‘too much’ during the crisis.

The regulations require banks to hold more reserves for riskier loans. The safest loans go to governments, which carry a zero risk according to . Real estate carries the next lowest risk. Business loans are among the riskiest and force banks to keep more cash idle.

One of the latest casualties of the regulations has been the Bank of England’s Funding for Lending Scheme. The scheme set aside funds for loan to small and medium enterprises, but as Julien writes,

Since the inception of the scheme, business lending has pretty much constantly fallen… According to the FT: Figures from the British Bankers’ Association showed net lending to companies fell by £2.3bn in April to £275bn, the biggest monthly decline since last July.

The accords pretty much guarantee that lending in the future will go mainly to governments and real estate, not so much to businesses. Most governments in the West are trying to limit spending, so for the foreseeable future we can expect repeated real estate and stock market bubbles and little CPI price inflation. That makes bonds a better prospect when real estate and the stock market are in bubble territory, but it also makes gold less attractive.

Of course, I could be wrong, so always hedge.
Posted by Roger McKinney at 9:21 PM No comments: Links to this post