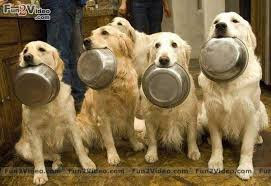 Politicians have figured out that bashing China is a good way to attract vote. That’s why Donald Trump is doing it. It appeals to people who work and see jobs lost to cheaper products made across the Pacific. Hillary can’t appeal to those people because most of her constituency doesn’t work at all or works in government jobs that don’t compete with anyone anywhere.

But if Trump becomes president, as is likely, and he succeeds in raising tariffs on Chinese imports, he could destroy the federal government here’s why:

The federal government is spending about a trillion dollars per year more than what it takes in through taxes. That means it must borrow a trillion dollars. Who has that kind of money? The American people don’t because we don’t save enough and if we did we certainly wouldn’t loan it to that deadbeat Uncle Sam. Europe doesn’t have the savings. Japan has some but not enough. So most of what the federal government borrows comes from China.

Now the federal government requires US dollars, not Chinese yuan (officially the renminbi, but who can pronounce that?) No one can spend yuan in the US. Chinese save about 30% of their income, but in yuan. How can they get the dollars to loan to the US? They do it by selling stuff to US consumers for dollars. They sell those dollars to the Chinese government for yuan they can use in China to buy more Chinese made Cadillacs and ride their bullet trains. The Chinese government then uses those dollars to buy US debt and fund the US federal government deficit.

Read more »
Posted by Roger McKinney at 2:04 PM No comments: 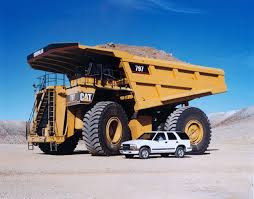 Caterpillar is facing its fourth year of declining sales, the longest in its history. It expects total revenue this year to be 39% below its peak in 2012 and profits will be down 68%. Its stock is now 25% below its peak. Through the first six months of 2016, the company’s overall revenue was down 21% from the same period in last year.

CEO Doug Oberhelman is stepping down, but when he took the reins in 2010 the world, especially China, couldn’t get enough metals. Prices were soaring and everyone thought the good times would last. That’s the first mistake most investors and businessmen make – linear forecasting instead of thinking in terms of cycles. Oberhelman should have understood cycles after working for Caterpillar for 35 years. The capital goods sector is the most volatile in the business cycle. But he didn’t understand them. Caterpillar’s problems began when it invested heavily at the peak of a cycle according to an article in the Wall Street Journal:

Read more »
Posted by Roger McKinney at 7:04 PM No comments:

How over confidence destroys earnings 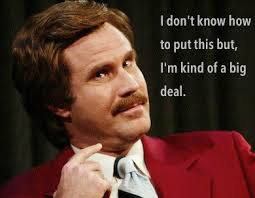 “The curious task of economics,"  wrote Nobel Prize winner in economics Friedrich Hayek "is to demonstrate to men how little they really know about what they imagine they can design."

Investors should be humble, too, and researchers have provided the proof. Two professors at the University of Maastrict published a paper at the beginning of this year on the question of “How Does Investor Confidence Lead to Trading?” The problem is not that initial successes spur investors to greater confidence.

Hence, we find evidence that our measure of investor confidence refers to a certain type of individual, as it is stable over time...Moreover, there is no evidence that any of the small fluctuations in investor confidence are driven by past returns, that is, that high returns lead investors to learn to be overconfident...That is, confident investors generally have lower returns (because of their higher turnover, see Section 5.1), but variation in those lower returns does not change their confidence.

In other words, the overly confident investor is always confident whether winning or losing. And men don’t have a monopoly on excessive confidence:
Read more »
Posted by Roger McKinney at 7:50 PM No comments: 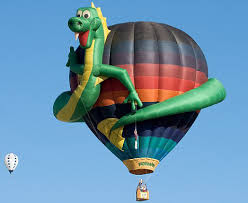 I have a Chinese friend who used to teach in a university in China. He reads news from home that doesn’t make it into the US media and tells me the more interesting stories.

Lately he has been reading about real estate. He is a frustrated that many of his family members in China have become wealthy through real estate speculation while he missed out. They had tried to get him to invest with them years ago but he was certain at the time that prices would never rise as they have.

He told me recently the Chinese media reported that total value of real estate in the top three cities, Beijing, Shanghai and Shenzhen, is priced more than all of the real estate in the US. Apartments with a thousand square feet in those cities sell for several million dollars.

My friend told me that China doesn’t have a property tax and just recently added a deduction for mortgage interest in order to encourage more speculation. He said the government wants prices to continue to rise because the state owns most of the land, so it reaps huge rewards when prices rise.
Read more »
Posted by Roger McKinney at 3:01 PM No comments:

Deutsche Bank - the snowflake that could trigger an avalance 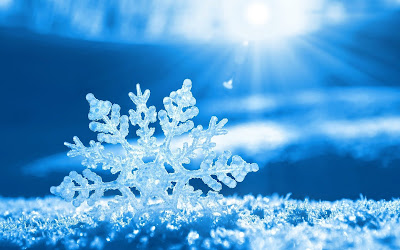 Avalanches build up one special snowflake at a time. The last snowflake launches the avalanche. Financial avalanche specialists are wondering if the troubled Deutsche Bank will earn the honor of being that last special snowflake, the Lehman Brothers of the latest recession.

After Brexit, the IMF warned that the bank was the most significant contributor to systemic risks. Experts have expressed fears about its undercapitalized state for several years. Alt-M’s Keven Dowd confirmed that those fears are justified in his post “Is Deutsche Bank Kaputt?” He wrote that the bank claimed a leverage ratio of 3.5 percent in its 2015 annual report:

Read more »
Posted by Roger McKinney at 6:41 PM No comments: