Capitalism creates psychos according to professor 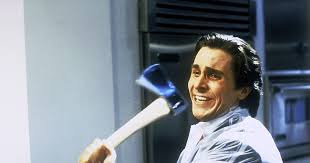 Socialists continually flail stuffed monster versions of capitalism they have sewn together from pieces of their fevered imaginations. Usually I just ignore them because their versions of reality are irrational and I don’t want to be the greater fool who debates with a fool. But a recent assault on capitalism caught my attention because it came from the University of Chicago, Hayek’s old haunt.

John Rollert, an adjunct assistant professor of behavioral science at Chicago Booth and in-house ethicist, wrote “The savage ethics of ‘American Psycho’” for the Booth School of Business blog. Now it’s hard enough to get the average US citizen to watch a You-Tube video on economics, let alone read a book. When they do, they often come across nonsense such as this from Rollert:

Read more »
Posted by Roger McKinney at 9:06 PM No comments: Links to this post 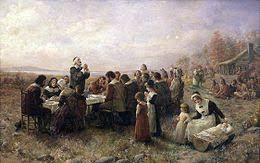 The socialist who claims to be an evangelical, Jim Wallis, posted an article in his Sojourners magazine recently encouraging families to debate politics while trying to digest turkey and dressing, cranberry sauce and pumpkin pie. Here is a portion:

A sad reality in the past year or more has been our ongoing struggle to engage in difficult conversations — with our longtime friends, with coworkers, or even with family members across the Thanksgiving table. We’ve always had differences around social and political issues — racial justice, immigration, religious identity, health care, guns, etc. — but those divisions are starker than ever. Our traditional and social media have become so fragmented and polarized that we find ourselves practically inhabiting a different reality than those we disagree with; we only really hear or engage with the perspectives of those with whom we already largely agree. This is not a tenable situation for our country — or for our families. If we are to maintain meaningful relationships, we need to actively engage in difficult conversations with people we disagree with and find some common ground for the common good.

I believe that there are moral issues, values choices, and faith matters that lie just beneath the political headlines. Conversations around those — leading to action — can get us further than our political debates. I also believe there are two great hungers in our world today: the hunger for spirituality and the hunger for justice, and the connection between the two is absolutely vital now.

Socialists like Wallis want to politicize every aspect of life. Socialists should put on the left pant leg first, and condemn as racist everyone who does the right first. Socialists should brush their teeth from left to right and those who go the opposite direction are guilty of hating the poor and wanting them dead. The left hates all police so the right has to defend them even if they’re guilty. The right supports the military so the left feels compelled to trash it.

Read more »
Posted by Roger McKinney at 7:41 PM No comments: Links to this post 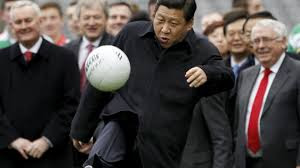 Read more »
Posted by Roger McKinney at 7:07 PM No comments: Links to this post

Was the Reformation worth the deaths? 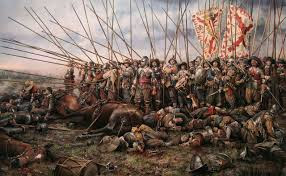 October 31 wasn't just Halloween. It was also the anniversary of Martin Luther nailing his 95 theses to the church door in Wittenburg, Germany and launching the Protestant Reformation. Tuesday was the 500th anniversary of that event. Economist Bryan Caplan asks if the lives lost in the wars that followed were worth it?

...the Reformation's main fruit was over a century of horrifying warfare. The Thirty Years' War, with a death toll around eight million, is the best known. The French Wars of Religion claimed yet another three million lives. These numbers are even more gruesome when you remember that Europe's population was far lower back then: For 1500 AD, Angus Maddison assigns twelve million to Germany and fifteen million to France.

For what did these millions die? The standard story, as far as I can tell, is that the Reformation helped free Christianity from the "corruption" of the Papacy. Priests stopped scalping tickets to heaven and supporting their mistresses with the proceeds. Is that supposed to be worth millions of lives?

That's an odd question coming from a libertarian like Caplan because he is really asking “how much is freedom worth?” Of course, Caplan is an atheist so he sees no value in religious freedom.

Read more »
Posted by Roger McKinney at 8:22 PM No comments: Links to this post