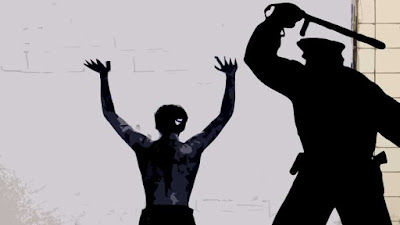 Structural racism in the US in spite of the Civil Rights movement horrified the authors of Divided by Faith. By structural racism they mean free markets. They wanted to tax the rich at higher rates and redistribute it to poor. That such taxation would hurt rich blacks and that most of the poor are white (though the poverty rate among blacks is higher) didn't enter their calculations.

Frustrated by the white evangelical insistence on individual responsibility and personal evangelism, they determined to move white evangelicals away from their fixation on the individual and toward solving structural issues through the government. Their solution was for white evangelicals to get to know blacks personally by having them to dinner and integrating churches. They reasoned that if whites could know black people well enough they would become as socialist as the authors.
Read more »
Posted by Roger McKinney at 8:59 PM No comments: Links to this post

The derelict economics of the Benedict Option 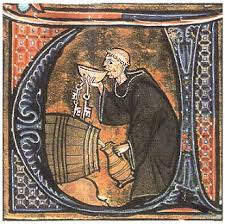 Rod Dreher’s book The Benedict Option: A strategy for Christians in a post-Christian nation was a best seller last year. It’s difficult to complain about most of what Dreher has to say in his book. It would be like opposing motherhood and apple pie. He advocates building stronger churches and communities, praying and reading the Bible more and improving our children’s education.

The problem with this book and his earlier one, Crunchy Cons, is that his solutions have nothing at all to do with the causes of the illnesses he associates with modern Western culture. The first chapter of the Benedict Option laments the moral decline of the US as evidenced in the endorsement of homosexual marriage and the full hug of transgenderism. The second chapter traces the origins of these problems to the following:


Fourteenth century: The defeat of metaphysical realism by nominalism in medieval theological debates removed the linchpin linking the transcendent and the material worlds...

Seventeenth century: ...The Scientific Revolution struck the final blow to the organic medieval model of the cosmos, replacing it with a vision of the universe as a machine...

Eighteenth century: The Enlightenment attempted to create a philosophical framework for living in and governing society absent religious reference...

Nineteen century: The success of the Industrial Revolution pulverized the agrarian way of life, uprooted the masses from rural areas, and brought them into the cities...
Twentieth century: The horrors of the two world wars severely damaged faith in the gods of reason and progress and in the God of Christianity...

Read more »
Posted by Roger McKinney at 5:54 PM No comments: Links to this post

Is the GOP tax plan moral? 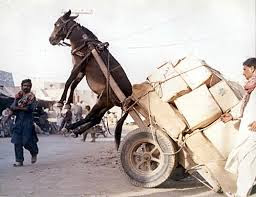 Socialists complain that the recent tax reform package passed by Republicans in Congress and lauded by President Trump as America’s Christmas present is immoral because it provides some relief to the wealthy. Behind the complaint lies the offense to socialists that rich people exist at all. Unless a tax plan euthanizes the rich, socialists will consider it immoral.

It’s important to keep in mind that when socialists talk about morality they don’t mean what people have meant for two thousand years. For most of Christian history morality meant those principles that would cause humanity to prosper if we follow them. We got them from God because only our Creator knows what is best for us. Socialists murdered God in the Enlightenment and changed the definition of morality to mean whatever socialists prefer. That is the socialist MO: redefine words so that their arguments win by default.

Read more »
Posted by Roger McKinney at 7:34 PM No comments: Links to this post

Why executives make the big bucks 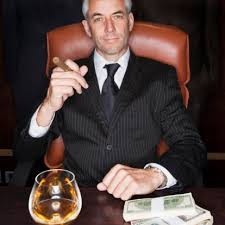 Socialists suffer seizures when the subject of CEO salaries surfaces. They never tell us how much more money than a janitor a CEO should make, so it’s clear that no matter what the salary they will harm themselves by their extreme response if it is any higher.

British socialists are advertising their envy in a new report “of companies that Theresa May said risk damaging ‘the social fabric of our country’ by paying bosses too much money,” according to comments by the Adam Smith Institute. The author explained,

"The public register was published on Tuesday by the Investment Association, a trade body of investment firms that manage the pensions of millions of Britons."


The register lists every company in the FTSE All-Share Index which has suffered at least a 20% shareholder rebellion against proposals for executive pay, re-election of directors or other resolution at their shareholder meetings.

Of course, the source of the outrage is pure envy and no amount of economic reasoning or facts will dissuade the left. But can free marketeers justify the highest CEO salaries? There are two reasons that CEOs earn such salaries: 1) marginal revenue and 2) knowledge.

Read more »
Posted by Roger McKinney at 1:54 PM No comments: Links to this post