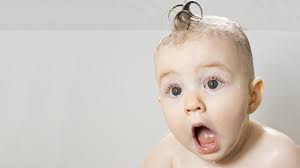 The whole point of negative interest rates (NIRP) in Europe and Japan was to force people to spend by punishing them for clutching their cash. The rationale goes deep into the middle ages before modern economics: the economy is sluggish because people are saving too much instead of spending. Good economists thought they had buried that monster by the 1930’s, but Lord Keynes resurrected it and gave it a title of nobility. That’s how medieval economics came to dominate mainstream academics and central banks for 90 years. If you don’t believe in zombies, you haven’t followed mainstream economics for long.

But people are more slippery than mainstream economists credit them. Negative rates in Japan have induced the people to keep cold hard cash, literally. They keep it in their freezers. Such rates are having a similar impact in Germany:

KORSCHENBROICH, Germany--Two years ago, the European Central Bank cut interest rates below zero to encourage people such as Heike Hofmann, who sells fruits and vegetables in this small city, to spend more.

Policy makers in Europe and Japan have turned to negative rates for the same reason--to stimulate their lackluster economies. Yet the results have left some economists scratching their heads. Instead of opening their wallets, many consumers and businesses are squirreling away more money.

When Ms. Hofmann heard the ECB was knocking rates below zero in June 2014, she considered it ‘madness’ and promptly cut her spending, set aside more money and bought gold. ‘I now need to save more than before to have enough to retire,’ says Ms. Hofmann, 54 years old.

Recent economic data show consumers are saving more in Germany and Japan, and in Denmark, Switzerland and Sweden, three non-Eurozone countries with negative rates, savings are at their highest since 1995, the year the Organization for Economic Cooperation and Development started collecting data on those countries. Companies in Europe, the Middle East, Africa and Japan also are holding on to more cash.

Economists point to a variety of other possible factors confounding central-bank policy: Low inflation has left consumers with more money to sock away; aging populations are naturally more inclined to save; central banks themselves may have failed to properly explain their actions.

But there is a growing suspicion that part of problem may be negative rates themselves. Some economists and bankers contend that negative rates communicate fear over the growth outlook and the central bank's ability to manage it.


Why haven’t the people of NIRP-nation responded in the way the Dynamic Stochastic General Equilibrium models that rule mainstream economics predicted? Because they’re people and not atoms. Mainstream math models have always suffered from the assumption that people respond to stimuli in the same mechanical way that the material world does. But apples don’t decide one day to fall down and the next to float up. People do. They don’t respond in the same way to the same stimuli because they learn from experience and use experience to anticipate the future, as Ms. Hofmann did.

Physics had made incredible strides in understanding the material universe because it changed its models when they proved to be wrong. Mainstream economists never change. They merely rationalize. For a great example of such behavior, check out Paul Krugman’s rationalization for why Abenomics has failed in Japan.