Mamas don’t let your babies turn out to be economists 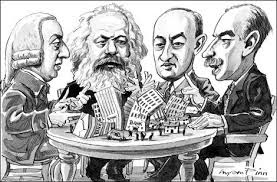 The credibility of mainstream economics took a punishing punch from the Great Recession that hit in 2008. It should have been a fatal blow, but the profession had made itself nearly impervious to the effects of empirical data. The field took so much criticism that Harvard economist Dani Rodrik decided to write a book to defend it - Economic Rules: the rights and wrongs of the dismal science.

This is the book readers should give to any poor soul considering a degree in mainstream economics. Hopefully it will discourage them. It’s easy to read. Rodrik is a much better writer than most economists. And it’s not too long, about 200 pages.

Read more »
Posted by Roger McKinney at 3:58 PM No comments: Links to this post

Brick and mortar retail is falling down 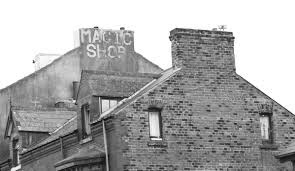 Brick and mortar retail is dying according to many reports. Here’s an example:

American retailers are closing stores at the fastest pace ever.

Roughly 10% of mall retail space - or 1 billion square feet - is on the verge of being closed, having rents slashed or transformed into something else. And in March, retailers cut 30,000 jobs, the same as in February.

It was the worst two-month span of job cuts for the sector since 2009 - during the depths of the Great Recession!

And as I've pointed out for years, it's because the companies failed to adapt. They were slow to recognize the changing tides and are now being destroyed by a single company... Amazon .”

Read more »
Posted by Roger McKinney at 4:46 PM No comments: Links to this post 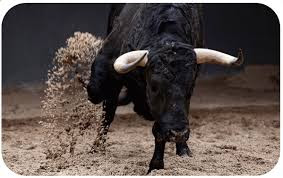 Morgan Stanley’s analysts suggest running with the bulls this week. They recently announced that they expect the S&P 500 to rise 15% in the next twelve months and possibly to reach 3,000, a gain of 27.4%. They wrote,

Although optimism is a late cycle phenomenon, history tells us the best returns often come at the end."

Essentially, they are shouting “the end is near!” but “party while you can!” They credited President Trump for their optimism:

While acknowledging that the pro-business agenda of President Trump has awakened "animal spirits" in the economy, the Morgan Stanley strategists feel that Trump has simply "turbocharged" a global business recovery that already has been underway since the first quarter of 2016. They note that one of the worst economic contractions in 30 years, as measured by U.S. GDP, bottomed out a year ago. Since then, their favorite economic indicators have been accelerating, including those capturing business conditions, business outlook and global trade.

Read more »
Posted by Roger McKinney at 5:47 PM No comments: Links to this post 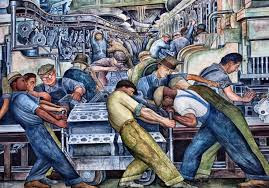 Investors should worry about productivity growth of the firms they invest in because it is one of the major determinants of profits and market share. Innovation should drive old technology firms out of business and improve productivity but that hasn’t been the case for half a century.

Productivity growth has been falling since about 1970 for many companies according to Andrew Haldane, Bank of England Chief Economist, in his speech “Productivity puzzles” at the London School of Economics last month in which he reported what’s happening to productivity in the UK and globally.

Haldane said the future is already here — it’s just not very evenly distributed. Some companies are highly innovative with rapidly growing productivity, but most lag far behind. There are broad differences in productivity growth between advanced economies and emerging market economies, between the US and other advanced economies, across industries and within industries. After providing the fruits of excellent research, however, Haldane offered an anticlimactic solution:

The Mayfield Commission aims to create an app which enables companies to measure their productivity and benchmark themselves against other companies operating in similar sectors and regions. By shining a light on companies’ relative performance, the aim is that this would serve as a catalyst for remedial action by company management.”


Read more »
Posted by Roger McKinney at 2:12 PM No comments: Links to this post

Show me the money 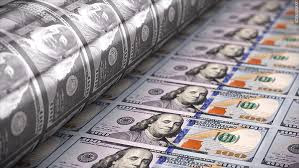 McMaken wrote that since 2014, money supply growth has ranged from about 7 percent to 8.5 percent. In October of last year, money supply growth hit a seven-year low of 6.8 percent. The AMS spiked to 11.3 percent in the fourth quarter, then in February it collapsed back to a year-to-year growth rate of 7.7 percent.
Read more »
Posted by Roger McKinney at 7:05 PM No comments: Links to this post