Trucking and profits drive off a cliff 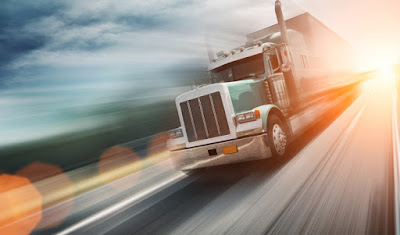 Not long after the 2001 recession I took a job at a large long-haul flatbed trucking company as a rate analyst and one of the first things I noticed on the job was a graph of truck tons/mile. The line grew to the right at a steep grade as a result of Greenspan’s artificial expansion of the economy through money printing in the late 1990s. Then just before the recession, tons/mile drove off a cliff and dived for months until crashing.

Last week, the WSJ reported that “orders for new big rigs plunged and inventories of unsold trucks soared to their highest levels since just before the financial crisis, as uncertainty about future demand and a weak market for freight transportation weighed on truck manufacturers.”

About 67,000 Class 8 trucks are sitting unsold on dealer lots, after sales in March dropped 37% from a year earlier to 16,000 vehicles, according to ACT Research. Class 8 trucks are the type most commonly used on long-haul routes. Inventories haven’t been this high since early 2007, said Kenny Vieth, president of ACT.

Trucks are capital equipment, of course, and the collapse of sales is another data point in verification of the Austrian business-cycle theory. Truck sales have been bad for months because trucking companies have lost business due to the decline in manufacturing and mining. Eventually, the constipation in trucking will reach the retail sectors, especially car sales and show up in GDP.

Another omen of an impending recession comes from researchers at the International Institute of Finance who reported last week that the profits recession had trucked across the globe.

In their April "Capital Markets Monitor," IIF executive managing director Hung Tran and his team blamed the global decline in earnings on poor productivity growth, weak demand and a general lack of pricing power. U.S. companies also are being squeezed by rising labor costs as they add people to their payrolls.

The pervasiveness of the downturn means there's nowhere for corporations to turn. ”In the past, if you had poor performance at home, you could recoup and compensate for that with overseas investment," Tran said in an interview. "But if you suffer declines in profits domestically and internationally, you tend to retrench."

The prolonged profits recession makes Tran and his associates skeptical that the recent rebound in global stock markets can last. They see prices stuck in a downward trend.

Another earnings reporting season has blossomed with the arrival of spring but forecasters are looking at a gloomy harvest. Expectations are for a 10% decline in profits over the past quarter, the third and worst decline of the past three quarter. Mainstream economists and their groupies in the media will point out how well GDP and employment have been doing lately and conclude that profits will recover. But we know that GDP and employment are lagging indicators of recessions. Declining profits resulting from a collapse in capital goods industries, such as trucking, provide the early warnings.

Only the helium being inhaled by the pros is sustaining the high altitude of stock prices at this point.

Posted by Roger McKinney at 7:32 PM