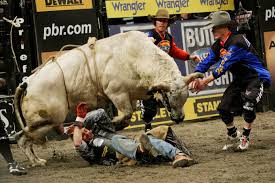 In the world of real bull riding, as opposed to nominal bull riding, or investing, the cowboy (investor) must anticipate the spins and leaps of the bull. Riders often study video of bulls engaged in previous games of cowboy tossing. A wrong guess sends the cowboy flying then landing awkwardly absent a score and without money.

So what can we make of the January plunge and recent recovery of the bull market? I am betting that the bull’s real intention is to plunge into a bear and that the latest rise in stocks is a head fake to trick the cowboys to overcompensate in anticipation of a continued ascent. Instead, the bull will reverse direction and slingshot the cowboy (investor).

Some of us are mystified by the recent rise in stock prices, but as the great Austrian economist Ludwig Lachmann wrote, moving the deeply anchored expectations of investors out of their comfort range for prices on the market requires extraordinary events. Some of us have seen indicators as early as two years ago, such as the hedge fund manager Mark Spritznagel, author of The Dao of Capital: Austrian Investing in a Distorted World.

Read more »
Posted by Roger McKinney at 12:42 PM No comments: Links to this post 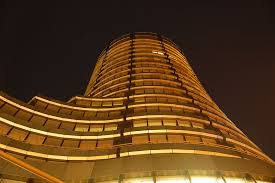 The popular press blames Wall Street shenanigans and banker greed for the most recent recession as the movie The Big Short demonstrates. Politicians digest the economics of the mainstream media and that is the reason Congress passed the Frank-Dodd Act increasing regulation of banks. It was punishment for what politicians perceived as banker sins.

Congress passed the act in spite of the fact that no mainstream economist I know of has blamed Wall Street or banks for the crisis. In the minds of mainstream economists, recessions are random events. The economy naturally spins in equilibrium like a top until an unforeseen “shock” slams into it, makes it wobble and sling thousands of people out of work. I like to call it the “crap happens” theory of business cycles.

Read more »
Posted by Roger McKinney at 8:48 PM No comments: Links to this post 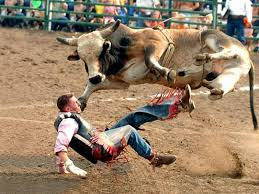 Bull riding has become a lucrative sport for those with the talent to ride, earning the top riders hundreds of thousands of dollars per year in spite of a few broken bones. Central bankers have made learning to ride the leaps and spins of the stock market a necessity since the early 1980’s. Why has the market been so volatile since 1980? Two factors have caused it:

1. End of Bretton Woods and rise of floating FX.

The existing international system of floating rates doesn’t have a cool name like Bretton Woods, but it came about after the death of the former fixed rate system. The Bank for International Settlements (BIS), the central bankers’ bank, doesn’t like what its member banks are doing under the current system. While the media and politicians, especially Bernie Sanders, preach fire and brimstone damnation of Wall Street and condemn it for the Great Recession, the BIS body slams the world’s central bankers: 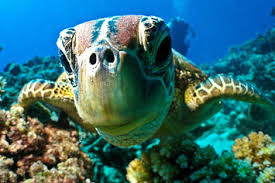 Last week I introduced readers to trend following strategies of Michael Covel. Those who follow trends are sometimes called "turtles." Covel and others admit that trend followers have sailed into troubled waters lately.

The Austrian business-cycle theory can help trend followers by taking some of the uncertainty out of trend directions. During bull markets, such as characterized the first six years after the recession, the trend was up about 90% of the time with small dips because 1) the Fed was printing new money like a counterfeiter and inflation rose; 2) profits rebounded as the economy naturally turned around ,and 3) growing risk tolerance drove PE ratios to the sky.

Covel recommends trading the long term trends in his books and the expansion phase of the business cycle is one of the longest, lasting on average about six years. An trend following investor familiar with the ABCT will not mistake dips for trends.
Read more »
Posted by Roger McKinney at 8:38 PM No comments: Links to this post