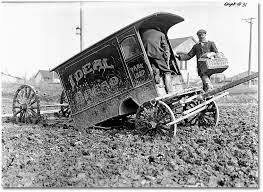 The Dow hit another record high and the Japanese stock market rung the bell for a 15-year high this week following statements by Fed Chairman Janet Yellen before Congress that the she was losing patience. (Actually, she said the Fed would remove the word from its policy statement.)

Both markets have been helped by the Big EZ's firing up its money presses. Much of the new issue of euros will swim the pond and dry out in the US stock market. Also, margin debt and debt by corps to buy back their own stocks are at record levels.

Read more »
Posted by Roger McKinney at 10:23 PM No comments: Links to this post 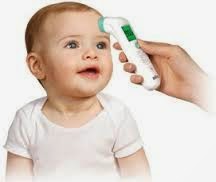 Based on the popularity on my blog of the post The Dao of Investing - It's time to sell, I'm guessing investors are looking for indexes to help them take the temperature of the market. So this week I will revisit an indicator I developed in my book Financial Bull Riding.

The method for building the index was based on a technique developed by James Estey in his book Business Cycles published in 1950. Estey included a chart of business cycles from 1790 through 1949 in which he plotted economic activity similar to GDP. Armed with dates for business cycle peaks and troughs, he de-trended the data by calculating the average for the series between peaks, then between troughs, then averaging the two series to obtain an average for each business cycle. Then he subtracted monthly figures from the cycle averages.

Read more »
Posted by Roger McKinney at 8:35 PM No comments: Links to this post 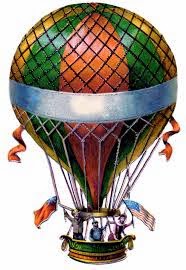 Reading the daily economic news in hopes of navigating our location in the business cycle reminds me of ancient priests trying to discern the movements of the gods by examining the contours of the liver of a sacrificed goat. Even the ancients priests understood that the more omens they could combine the better their predictions would be.

Another omen appeared this week when China announced that official China Federation of Logistics’ January purchasing managers’ index (PMI) slid to 49.8 from 50.1. The HSBC and Markit private sector PMI also fell from 49.8 to 49.7. Indexes like these are designed so that any outcome below 50 indicates contraction in the sector. In the worldwide division of capital, China is primarily a consumer goods manufacturing nation that supplies the US and the Big EZ (Euro Zone), which are the world’s largest manufacturers of producer and capital goods.

Read more »
Posted by Roger McKinney at 8:47 PM No comments: Links to this post