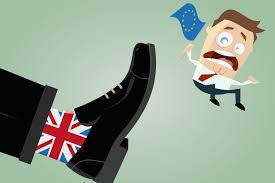 Last week the Brits voted for independence from the European Union. Maybe now they better grasp why we colonists divorced King George over 200 years ago.

The Adam Smith Institute has the best pieces on Brexit here and here and with the video Brexit: The Movie.

I had hoped to avoid writing about the British exit from the European Union because I never saw it as an important event, but the hysteria drummed up by the media has made it difficult for me to keep silent. So here are my two bits.

First, why the hysteria? There are two reasons for it. One is that the media have but one purpose and that is to create hysteria. Fear keeps people tuned in and more people paying attention means greater advertising revenues. The great newspaper editor Mencken once wrote, “The whole aim of practical politics is to keep the populace alarmed (and hence clamorous to be led to safety) by an endless series of hobgoblins, most of them imaginary.” Because he was in the business, he blinded himself to the fact that the media is an accomplice of politicians in crime.

Read more »
Posted by Roger McKinney at 7:14 PM No comments: Links to this post 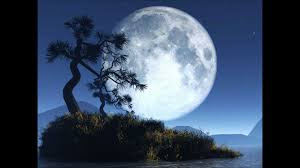 Mark Skousen in his excellent economics text, The Structure of Production, shows that professions on the front line such as accountants and investing experts, follow the Austrian business-cycle theory (ABCT) often without know it. Schwab confirmed that in March of this year with a chart titled “The Business Cycle: How Does Each Sector Perform.”

The chart divides the business cycle into four segments – early expansion, maturing expansion, late expansion and recession – and shows which sectors perform the best in each segment of the cycle. I do something similar in Financial Bull Riding but use segments of the cycle described by Lord Overton in the mid-1800s.

How not to predict the stock market 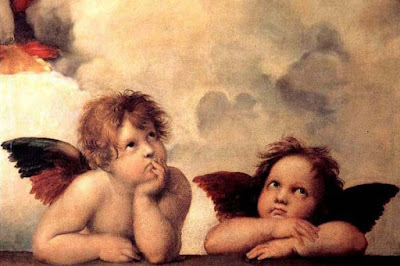 Investing expert Bert Dohmen said that “Looking at earnings, dividends and P/E ratios in order to predict future stock prices are all a waste of time” in a recent Forecasts & Strategies email issued by the economist Mark Skousen. The email continued:

Dohmen explained, “If a P/E were meaningful for predicting future price performance, why is a stock like Facebook selling at a lofty P/E of around 90, and Amazon with a P/E of 300, both still highly recommended and rising, while other stocks, like Apple, with a low P/E of around 10, [are] declining and down 35%?”

He added, “Analysts tell us that ‘earnings’ are the most important thing affecting stock prices. Really?! Well, corporate earnings in 2015-2016 have had the largest decline since the crisis in 2009, but the DJI and the S&P 500 are within about 1% of making new record highs.”

Then Dohmen asked the all-important question, “So what is the major determinant of stock market trends?”

Read more »
Posted by Roger McKinney at 8:58 PM No comments: Links to this post 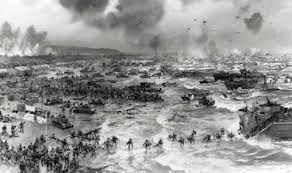 June 6, 1945, Allied forces invaded the Nazi fortress of Europe. Not everyone cheered. General Douglass MacArthur said of the invasion that he would court martial the SOB who had planned it. Of course, he knew well the planner. He had worked as MacArthur’s aid for several years: General Dwight Eisenhower. The mass slaughter of Allied troops in the invasion horrified MacArthur. His philosophy had been to land where the enemy wasn’t and then attack. In dozens of amphibious landings MacArthur lost fewer men than the Allies lost at Anzio alone. Churchill had lobbied for the main landing in the south of France where the German presence was much thinner. Instead, Eisenhower and the Allied command chose to jump right into the the teeth of German troops in Western Europe.

Read more »
Posted by Roger McKinney at 7:23 PM No comments: Links to this post 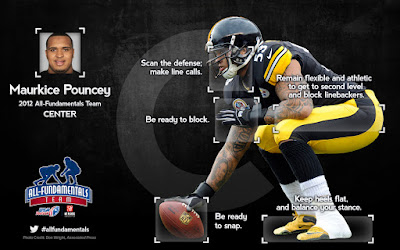 Last week I wrote about fundamentalism and I want to carry on with that theme this week. I’m late to the party. Research Affiliates launched their fundamental indexes over ten years ago, but I only recently read The Fundamental Index: A Better Way to Invest by Robert Arnott, Jason Hsu and John West.

The authors promote index investing because of the evidence of the failure of most active managers to match the percentage returns of indexes such as the S&P 500. For most part time investors, indexes are the best choice. Even Warren Buffet enlisted an index fund to sustain his wife’s wealth after he moves on.

Read more »
Posted by Roger McKinney at 9:06 PM No comments: Links to this post