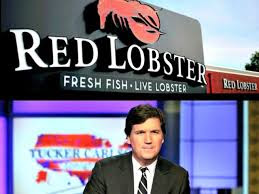 Fox political talking-head Tucker Carlson threw a fit on TV in his first monologue of the new year. He introduced Mitt Romney’s editorial to launch his bid to replace President Trump as the GOP nominee in 2020, but only so that he can attack Romney as representative of the world’s insensitive leaders who have failed to make us happy. Along the way he rounds up the evils of pay day lenders, marijuana, banking, taxes, corporations, failing families and environmentalism, blaming all of them on Romney and free markets.

Somewhere in the middle Carlson states,

The goal for America is both simpler and more elusive than mere prosperity. It’s happiness. There are a lot of ingredients in being happy: Dignity. Purpose. Self-control. Independence. Above all, deep relationships with other people. Those are the things you want for your children. They’re what our leaders should want for us, and would want if they cared.

Carlson misses the most important point about happiness – it’s founded on expectations. People can choose to be happy by making their expectations fit their reality, that is, be content with what you have. Most poor Christians in Africa are happy. We don’t need the government to make us happy.
Read more »
Posted by Roger McKinney at 7:53 PM No comments: Links to this post 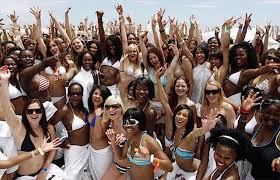 The evangelical left complains about “systemic” racism in the US, using the lack of racial integration in churches as proof. Everyone on the left has read Divided by Faith: Evangelical Religion and the Problem of Race in America. It’s their “bible” on race relations. The authors claim that we live in a racialized society “wherein race matters profoundly for differences in life experiences, life opportunities, and social relationships. Society bestows different economic, educational, political, and social rewards on groups based on racial categorizations.”

For example, the left claims that the way US citizens have sorted themselves in housing, schooling and jobs is proof of racism. Those “scholars” make the unjustified assumption that races would mix in a random way if no racism existed. But history shows us that people have always chosen to live with those most like themselves if allowed to do so. The left has no problem with the Chinese, Puerto Ricans, Iranians, Hispanics, Koreans, Arabs and other ethnic groups clustering with others like them.

Read more »
Posted by Roger McKinney at 7:46 PM No comments: Links to this post

Intellectuals Idolize Quaint Rural Farms… That They Never Worked On

Since the beginning of the Industrial Revolution, the elite have bashed capitalism for destroying community. You won’t find any of the rural folk who left dreary villages for jobs in urban factories criticizing it; most of it comes from the wealthy elite who owned vast estates while living in the city and who employed many of those who left. Others were intellectual with no understanding of rural life, such as G. K. Chesterton, T. S. Eliot, and Russel Kirk.

Kirk demonstrated in his book, The Conservative Mind, that conservatives have hated industry and revered agriculture since conservatism’s conception by Edmond Burke. They won’t say it, but conservatives want to conserve what they see as the idyllic villages of the 15th century. They think we could have achieved the wealth and health the West enjoys today without industrialization, unless they admire the poverty, disease and violence of that century. I’m not certain which posture best suits them because none have ever written about it.

Giving To The Poor Is Charity And Mercy, Not Legal Justice 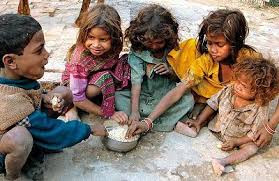 Last week we saw Dr. Timothy Keller, founder of the Redeemer Presbyterian churches in New York City, defined helping the poor as a matter of justice and not mercy.

Catholics and the evangelical left place great weight on the fact that the Hebrew word for justice, transliterated as mishpat. “Now these are the judgments [mishpat] which you shall set before them” (Exodus 21:1) and Moses goes on to list criminal activity.

When a theologian begins to slice and dice words in the original language you should grab your wallet; you’re about to get robbed. Greek tends to be a precise language compared to others, but even Greek words have multiple meanings so that speakers relied on the context to fit the appropriate meaning in place. Ancient Hebrew was a more ambiguous tongue, much like modern Arabic. Biblical writers often took advantage of the ambiguity to make puns in the same way that puns work in English.

Read more »
Posted by Roger McKinney at 7:28 PM No comments: Links to this post