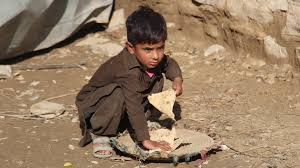 Does the Bible define giving to the poor as an act of mercy or justice? The question might seem like another medieval debate over how many angels can dance on the head of a pin. But the answer is crucial to the future of the country. Both socialists and capitalists claim to want to help the poor; they come to blows over the methods. If doing so is a matter of justice as socialists claim, then the government should enforce it because the sole reason for government in the Bible is to promote justice. If it’s justice, then the poor have a right, similar to the right to life, to the property of those who are not poor.

But if giving to the poor is an act of mercy then the state should have no role in the matter. It is a test of one’s love for God and people, but it’s voluntary and has no moral value if coerced by the state.

Dr. Timothy Keller, founder of the Redeemer Presbyterian churches in New York City, insists that helping the poor is a justice issue. In The Gospel and the Poor Keller wrote:

Read more »
Posted by Roger McKinney at 7:40 PM No comments: Links to this post