The US rejected Obamacare in 1918 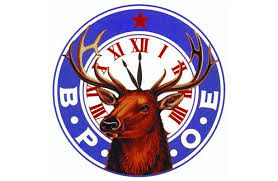 What a difference a mere hundred years makes! US voters rejected mandatory health insurance, or Obamacare, at the turn of the last century. It took supporters almost another century, but they finally won.

For a quarter century before WWI, many of the nation’s young people had gone to Germany to complete their college education and had returned determined to recreate the US in the image of socialist Germany. Richard Ely was one. He founded the American Economic Association for that sole purpose. He and economist Irving Fisher would lead the drive for universal, mandatory healthcare insurance.

At the time, middle class and wealthier Americans paid a fee each time they visited a doctor. But the fees were too high for the working poor, so they had organized into mutual aid societies to help each other with medical costs. Known as lodges, such as the Elks, or secret societies such the International Order of Odd Fellows (IOOF) or the Free Masons, or just fraternal organizations, mutual help societies had existed for centuries. They followed the ancient guild practices of mutual aid to craft members. David T. Beito beautifully writes their history in his book From Mutual Aid to the Welfare State: Fraternal Societies and Social Services 1890-1967, published by the University of North Carolina Press in 2000.

Read more »
Posted by Roger McKinney at 2:26 PM No comments: Links to this post 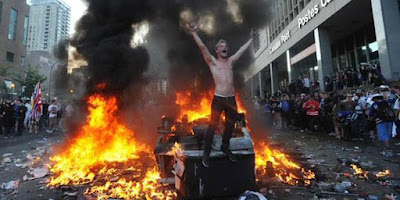 The violence of the demonstration by neo-Nazis and white supremacists in Charlottesville, West Virginia recently shocked the mainstream media because of the media’s ignorance of history. We have seen it before with the anarchists at the turn of the last century, in the clashes between Nazis and Communists in Germany before WWII and in the student riots of 1968 in the US and Europe. They all have the same ideological father in George Sorel according to Mises who wrote in The Anti-Capitalist Mentality in 1956:

The most pernicious ideology of the last sixty years was George Sorel's syndicalism and his enthusiasm for the action directe. Generated by a frustrated French intellectual, it soon captivated the literati of all European countries. It was a major factor in the radicalization of all subversive movements. It influenced French royalism, militarism and anti-Semitism. It played an important role in the evolution of Russian Bolshevism, Italian Fascism and the German youth movement which finally resulted in the development of Nazism. It transformed political parties intent upon winning through electoral campaigns into factions which relied upon the organization of armed bands. It brought into discredit representative government and "bourgeois security," and preached the gospel both of civil and of foreign war. Its main slogan was: violence and again violence. The present state of European affairs is to a great extent an outcome of the prevalence of Sorel's teachings.

The intellectuals were the first to hail the ideas of Sorel; they made them popular. But the tenor of Sorelism was obviously anti-intellectual. He was opposed to cool reasoning and sober deliberation. What counts for Sorel is solely the deed, viz., the act of violence for the sake of violence. Fight for a myth whatever this myth may mean, was his advice. "If you place yourself on this ground of myths, you are proof against any kind of critical refutation." What a marvelous philosophy, to destroy for the sake of destruction! Do not talk, do not reason, kill! Sorel rejects the "intellectual effort" even of the literary champions of revolution. The essential aim of the myth is "to prepare people to fight for the destruction of what exists."

According to the Wikipedia article on him,

Sorel denounced the war and in 1917 praised the Russian Revolution, which was later printed in an official Soviet Union publication, Russian Soviet Government Bureau, calling Lenin "the greatest theoretician of socialism since Marx and a statesman whose genius recalls that of Peter the Great.”[12] He wrote numerous small pieces for Italian newspapers defending the Bolsheviks. Less than one year later in March 1921, Sorel turned his praise towards a rising Fascist leader in Italy, writing that “Mussolini is a man no less extraordinary than Lenin. He, too, is a political genius, of a greater reach than all the statesmen of the day, with the only exception of Lenin…”[13]

Zeev Sternhell mentions frequently Sorel [33] as one of the men who led the way to the fusion of the left-wing revisionists and of the right-wing ultranationalists into what later became fascism....Thus, the workers must return to strikes and violence as their main political tool, so Sorel says. This gives the workers a sense of unity, a return to dignity, and weakens the dangerous and mediocre middle-class in their struggle for power, and their attack on capitalism.

Read more »
Posted by Roger McKinney at 4:28 PM No comments: Links to this post

Politics according to the Bible – Keynesian conservatism 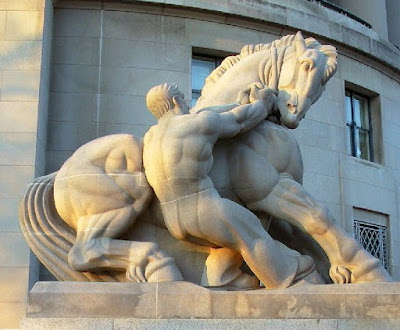 Outside the Department of Commerce building in DC are two statues of giant draft horses with muscular men restraining them bearing the title "Man Controlling Trade." It's a great metaphor but the wrong object. The drafts horses should represent the state, not trade, because the best government is that which governs least.

Unfortunately, theologian Wayne Grudem shows that he does not appreciate the value of limited government in his Politics According to the Bible: A Comprehensive Resource for Understanding Modern Political Issues in Light of Scripture. Grudem holds a PhD from Cambridge and is author of Systematic Theology. Grudem intended his to guide readers to what the Bible has to say about politics. As everyone “knows” the Bible is difficult to interpret: