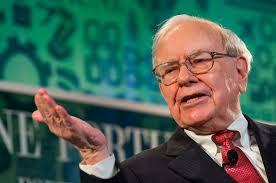 The Efficient Market Hypothesis (EMH) teaches that no one can beat a general market index over the long run because the market instantly adjusts to all new information. The EMH has been mainstream dogma for longer than Warren Buffet has led Berkshire. Buffett doesn’t like the EMH and responded to the theory in this story that I included in my book Financial Bull Riding:

Warren Buffett got to the heart of the problem with the EMH at a 1984 conference at the Columbia Business School held to honor the 50th anniversary of Benjamin Graham’s Security Analysis. Finance professor Michael Jensen, a defender of EMH, told the audience that investors such as Buffett who beat the market were just lucky. The EMH did not assert that no one could get lucky; only that they couldn’t get lucky consistently. “If I survey a field of untalented analysts, all of whom are doing nothing but flipping coins,” Jensen said, “I expect to see some who have tossed two heads in a row and even some who have tossed ten heads in a row.”

Read more »
Posted by Roger McKinney at 8:26 PM No comments: Links to this post 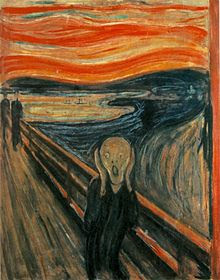 All is not well with the economy in spite of rising home prices and soaring car sales. The disturbing news comes from money. Losing velocity with money is like losing altitude while flying. It can be hazardous to your health.

Economically, the velocity of money reflects how quickly people spend a new dollar once they get it. Technically, it’s the GDP growth that a rise in the money supply can’t explain. The general idea holds that if people are well off and feeling confident they will spend new dollars quickly and each dollar will change hands many times before the end of the year.

Here is an amusing tale about money velocity that I got from the Adam Smith Institute:


It is the month of August, on the shores of the Black Sea. It is raining and the little town looks totally deserted. It is tough times, everybody is in debt and everybody lives on credit.

A rich tourist comes to town. He enters the only hotel, lays a 100 Euro note on the reception counter and goes to inspect the rooms upstairs in order to pick one.

Read more »
Posted by Roger McKinney at 8:00 PM No comments: Links to this post 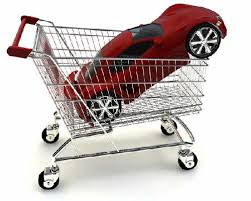 The worst recessions in history have all followed excessive investment in housing, personal transportation and the stock market. Today, the US is hitting two out of three. Take a look at the auto sales graph below. US sales have reached pre-recession levels.

You can see one of the reasons for the high sales volume in the next chart. Interest rates on auto loans are lower today than during the crisis. Auto loans seem to have replaced lagging real estate loans for banks.

Bull Market in a China Shop 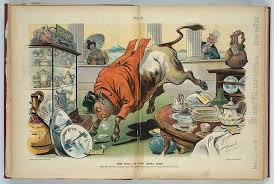 Markets that climb to dizzying heights over extended time periods are known as bulls for a reason: they buck. I titled my book on investing Financial Bull Riding for that reason. A bull has been breaking things in China’s stock market recently, falling as much as 30% from an ascent of 150% over the past year.

The exchanges responded by freezing trading in as many as 50% of issues while the government forbade corporate executives and directors from selling any stock for six months, suspended initial public offering and made more loans available to investors. What does it mean? It certainly doesn’t mean what Bloomberg wrote about it yesterday:

In China, the invisible hand of the market sometimes needs help from the iron fist of the state. That’s certainly true after a meltdown vaporized $3.5 trillion in the value of shares traded on the Shanghai and Shenzhen exchanges.

The state caused the market to rocket 150% in a year by making cheap credit available to buy stocks in the first place. In addition, investors are rescuing their money from the collapsing real estate market. China has dozens of new ghost towns because for decades the state limited where citizens could invest their savings, leaving them with real estate as the only good option. Prices in real estate have been falling recently, so when the state opened stock exchanges much of the real estate money went into them.

At the same time, the state-controlled media urged individuals to buy into the market. Not only did the state contribute to the markets meteoric rise, it tied the reputation of its policies to market success, according to Bloomberg:

“This is a real testing moment for the leadership,” says Zhao Xijun, deputy dean of Renmin University’s School of Finance. “The evaporation of fortunes of more than 80 million individual investors would pose unthinkable social problems for the country.”

And while the market is $3.5 trillion lower than its peak, that doesn’t mean the economy is poorer by that amount. The stock market is a zero sum game. For every loser of a dollar someone has gained a dollar.

The recent rise and drop in China’s market is not very different from the US market in the late 1990s that enjoyed the dot.com bubble in which PE ratios lost their sanity and then went bust.

A stock market cannot climb 150% in a year without massive credit expansion by the state. But as Mises explained in Human Action, the money supply must grow at exponential rates in order to keep the bubble from collapsing. Chinese authorities probably didn’t know that, in spite of the popularity of Austrian economics at many Chinese universities.

Stock markets provide insight into the expectations of others about the future and help coordinate business plans, according to the great Austrian economist Ludwig Lachmann. A collapse like that seen in China lately shows that many business people are growing skeptical about the future of China’s economy.


Posted by Roger McKinney at 9:02 PM No comments: Links to this post

Macro-Prudential regulations have failed for 90 years 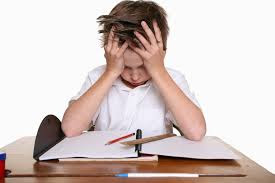 Mainstream economists, excluding those at the Bank for International Settlements, have stuck with their ancient superstition that recessions are random events, each with its own special cause, known technically as shocks that send the economy spinning out of equilibrium. Central bankers and politicians along with the mainstream media have rounded up the usual suspects, bankers, and sentenced them without a trial.

The general opinion seems to be that bankers were either too stupid or dishonest while making loans in the past so they made a lot of bad loans and conjured from hell the worst recession since the Great Depression. The guilty verdict requires that Basel and Washington control even more of the decision making process in what has come to be called “macro-prudential” regulations.

Read more »
Posted by Roger McKinney at 7:19 PM No comments: Links to this post