How Christmas saved the world from starvation 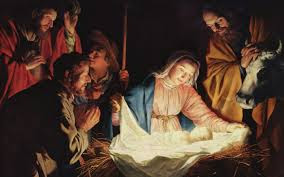 The world was flat until 1600. Not the shape of the planet. According to the best economic history, standards of living even in 1800 AD hardly differed from those of 5000 BC. TV shows dealing with the ancient past assume a gradual slope of progress and portray Egyptians or Abraham and Sarah as if they were primitive South American tribes still stuck in hunting and gathering mode.

But if economic historians are correct, Egyptians in 3000 BC lived as well as the eighteenth century French. Famine and mass starvation were common. Nobel-Prize winner Robert Fogel wrote in Escape from Hunger and Premature Death that in eighteenth century France 20% of the people could get only enough calories each day to fuel a short walk to the spot where they begged.

Of course, some ancient capitals did better than others by looting conquered nations but per capita wealth never increased; it just sloshed from one conqueror to the next. Rome enjoyed wealth and splendor because it had stolen stuff from defeated nations.

Read more »
Posted by Roger McKinney at 7:07 PM No comments: Links to this post

Stop dancing to the Fed's fiddle 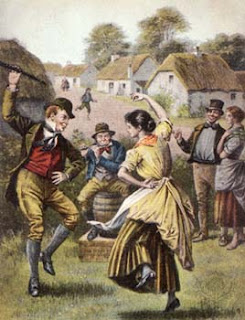 For the first time in almost a decade the market shrugged off a significant move by the Fed when it increased its rate by 0.25%. Of course, the market had anticipated the increase for a year and so priced it in earlier. And euphoria over the president elect trumped Fed policy. This is a good time to reassess the logic of dancing to the Fed’s fiddle.

Mainstream economists used to dance to the tune of Keynes and fiscal policy until the disaster of stagflation in the 1970s. Fiscal policy, they cried, suffered from too many lags to be effective, as if the lags were the only reason it couldn’t be effective. There were no problems with lags during the 1930s under FDR and it still wasn’t effective.

Fickle as teenage groupies, mainstream economists switched their adoration to the Fed. The Fed could save us all when Uncle Sam failed. Adulation for the Fed climaxed with the financial media’s crowning of Fed chairman Alan Greenspan as the “Maestro” who could orchestrate the economy as he wished with a wave of his wand.

Then housing landed on the economy and caused the Great Recession (GR). Ben Bernanke waved his wand but the economy wouldn’t perform. It couldn’t get out from under the house. Eight years later, confidence in the Fed has evaporated and mainstream groupies are bailing out on the Fed and returning to their first love, fiscal policy.

Read more »
Posted by Roger McKinney at 6:49 AM No comments: Links to this post

Investors to get slapped by the invisible hand 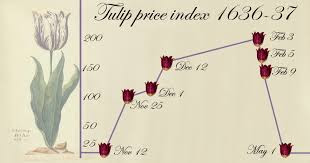 The great American economist Benjamin Anderson wrote Economics and the Public Welfare: A Financial and Economic History of the United State, 1914 – 1946. Most mainstream economists get the history of that period, especially the Great Depression, wrong. If you want to know what really happened and why, read Anderson's book. In a chapter on the stock market crash of 1929, Anderson related the following story:


One able Jewish investment banker said in the summer of 1928 that he did not understand what was going on. He said, “When I do no understand I do nothing.” He had withdrawn from the market. He had turned his holdings into cash, and he was waiting until he understood.

Read more »
Posted by Roger McKinney at 9:04 PM No comments: Links to this post 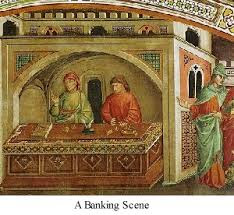 The Bureau of Economic Analysis elevated its estimate of third quarter GDP from 2.9% to 3.2% last week. They intend the decimal points to give an illusion of accuracy when they know there is a lot of slack in the numbers. Corporate profits rose in the third quarter on a year-over-year basis 2.8%, the first rise in profits in five quarters.

Tossed with expectations about Trump’s spending and tax cuts we should have a salad that promises improving health for the economy. It should end business cycles and bear markets, except for the fact that we have seen similar scenarios before. Mainstream economists gathered around the casket of the business cycle in the late 1990s, just before the recession of 2001. Bear markets are wedded to recessions for the most part, so the death of business cycles would mean the death of bears, too.

If that sounds too good to be true, then join me in looking into the numbers a little more closely. The Bureau of Economic Analysis (BEA) explains the jump in GDP this way:

The increase in real GDP in the third quarter primarily reflected positive contributions from personal consumption expenditures (PCE), exports, private inventory investment, and federal government spending, that were partly offset by negative contributions from residential fixed investment and state and local government spending. Imports, which are a subtraction in the calculation of GDP, increased...

Growth is going to remain heavily reliant on the consumer, but consumers are in very good position to lead that charge...Overall, it’s an encouraging sign for the path ahead.

Read more »
Posted by Roger McKinney at 4:57 PM No comments: Links to this post