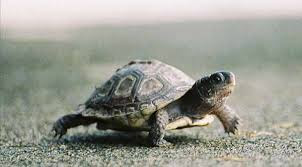 Bob Bryan at Business Insider had an interesting column on why economic growth in the US is dying. For the cause, he defers to Mike Thompson of S&P Global Market Intelligence:

Instead of continuing to invest in the business and focus on growing over time, according to Thompson, managements are trying to undercut possible disruptions by showing constant earnings growth and streamlined companies.

This activist-style, short-term attitude is exactly what Blackrock CEO Larry Fink decried in a letter to all S&P 500 CEOs at the start of 2016. Thompson said that these larger firms are most susceptible due to their size.

Thompson claims that large corporations are doing three things: 1) cutting costs; 2) creating shell companies or doing inversions to reduce taxes; and 3) buying back shares in order to boost earnings per share.
Unfortunately, Thompsons seems to think that the strategy suddenly struck executives like the zika virus and made them act in a strange way. But I think the real cause demonstrates how far down the road to socialism the US has traveled in the since WWII. Executives are behaving very much like those of the old USSR.

Guinevere Liberty Nell tells in her book, Rediscovering Fire: Basic Economic Lessons from the Soviet Experiment, how Soviet execs used tricks to meet unreasonable state goals for their industries. For example, the state ordered glass manufacturers to produce so many tons of glass in a year, so they produced thick, heavy glass to meet the tonnage quotas even though few buildings could use the glass. The bureaucrats responded by changing the quota to square meters, but caused the managers to crank out very thin glass that would break in a slight breeze.

Outside of socialists, the mainstream media and mainstream economists, large corporations are the most persistent opponents of freedom and free markets. They have labored and paid out huge sums in bribes to politicians for decades with the single goal of reducing competition. They captured federal regulatory agencies as James Buchanan taught in his public choice school of political economy. Then they had the agencies create regulations designed to crush smaller competitors, of course, all in the name of health and safety, which the socialist mainstream media sell to a gullible and envious public.

Since the Reagan “revolution,” the size of the Federal Register of new federal regulations has grown by an average of 75,000 pages per year, totaling over four million new pages of regulations. Those regulations cost businesses over $1 trillion per year to comply. The largest corporations have little problem paying those costs, but they crush smaller competitors. As a result, most industries have become concentrated in the hands of four or five oligopolists who have a gentleman’s agreement not to compete on price. Lacking a culture of innovation, they have no place to invest their profits but in stock buybacks and financial engineering. They don’t want to disrupt the status quo.

Thompson says that the effective tax rate on large corporations is 29%, but it is still among the highest in the industrial world. High taxes and the costs of complying with massive amounts of regulations hurt the competitiveness of large US corporations in the international marketplace, but they don’t really care about competing. They have the US market, one of the world’s largest, pretty much to themselves.

Industries controlled by cartels of the largest corporations are one of the chief characteristics of fascism, minus the racism. We still have limited democracy, but in our state control of business we are far more like the fascism of Italy and Germany before World War II. US citizens should think of our system as democratic fascism, and that is the cause of our requiem for economic growth.
Posted by Roger McKinney at 9:12 PM