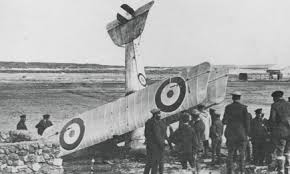 According to the legendary hedge fund manager and author of The Dao of Capital: Austrian Investing in a Distorted World, Mark Spitznagel, the stock market should follow Canadian geese and head south any day now. I reviewed his book here because he uses the Austrian business-cycle theory (ABCT) to guide his investment decisions. It has proven the most popular post I have written.

Spitznagel created his own index for tracking the market cycle he calls the Equity Q Ratio. Calculating the ratio starts with the relationship of the cost of titles to capital (stock prices) to the cost of the capital the title represents. That part is roughly comparable to a price-to-book value. Then Spitznagel compares the actual ratio to the historical average. The deviation from the historical average is the Q Ratio. The stock market in October was 71% above the long term average. It was higher only just before the dot.com crash of 2000.
The author shows that, historically, a Ratio greater than 40% above the long term average predicts a 40% drawdown over the next three years in the S&P 500. Following the ABCT, Spitznagel agrees that the Fed’s monetary pumping blows large stock market bubbles:

Monetary policy has proven to be very effective over the past seven years in elevating asset markets. However, its effect has been limited to the price of assets (the “title” to existing capital), but not the price of new capital.

In other words, a great deal of the new money created by the Fed in its misguided attempts to boost the real economy goes into the stock market, as the great Austrian economist Fritz Machlup wrote in his 1940 book The Stock Market, Credit and Capital Formation. No matter what “macroprudential” rules Congress and its army of regulators fabricate, they haven’t been able to stop that process because money is fungible and will end up where the people and not the state want it to go.

But Spitznagel takes us one step further and predicts how long his ratio can stay in code red territory. He shows that when Q is above 40, the market usually lasts about 40 months before a crash. He calculates from the last major downturn in the market, November 2011, to October 2015, or 48 months. It has now been 50 months, which is close to the upper confidence interval for that length of time.

Jack Bogle, the creator of Vanguard Funds, wrote that three simple things can successfully predict stock market returns over the next ten years – starting yield, earnings growth, and speculative returns, or sentiment. Yield and earnings growth depend on the business cycle and are greater in the early stages. Investor sentiment is negative in the early stages of an expansion but turn the most positive just before a crash. Spitznagels’ Q Ratio is one way of measuring sentiment.