How Christmas ended starvation and enriched the West 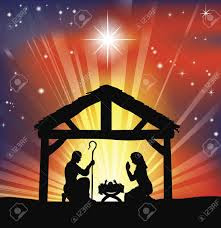 The world was flat until 1600. Not the shape of the planet. According to the best economic history, standards of living even in 1800 AD hardly differed from those of 5000 BC. TV shows dealing with the ancient past assume a gradual slope of progress so they portray Egyptians or Abraham and Sarah in the Bible as if they were primitive South American tribes still stuck in hunting and gathering mode for food. But if economic historians are correct, Egyptians in 3000 BC lived as well as the eighteenth century French.

Famine and mass starvation were common. Nobel-Prize winner Robert Fogel wrote that in eighteenth century France 20% of the people could get only enough calories each day to fuel a short walk to the spot where they begged.

Of course, some ancient capitals did better than others by looting conquered nations but per capita wealth never increased; it just sloshed from one conqueror to another. Rome enjoyed wealth and splendor because it had stolen stuff from defeated nations for the most part.

There are as many explanations as economic historians. McCloskey knocks out to most of them in Bourgeois Dignity. Most commit the sin of attributing the effect to causes that existed in other parts of the world in greater abundance, such as the Ottoman Empire and China, and that never experienced growing standards of living. The “hockey stick” effect was unique to Western Europe, Canada, Australia and the US for centuries and so requires a unique cause.

Two books that braid the various strands of thought together into a unified theory of economic development are Helmut Schoeck’s Envy: A Theory of Social Behavior and Larry Seidentop’s Inventing the Individual. They are two sides of the same coin, though published decades apart.

Schoeck demonstrates the ways in which envy dominated the morality of ancient and modern cultures, primitive and advanced, and created institutions that blocked economic development for millennia. Envy works by suppressing the genius of individuals who might benefit from innovations that would eventually enrich the entire tribe. Economic development requires innovations that envy destroys. Schoeck credits the Christian culture of Western Europe for managing to restrain envy long enough to allow space for economic growth.

Seidentop explains how Christianity accomplished Schoeck’s remarkable feat and that’s where Christmas walks on stage in this pageant. Suppressing envy allows individualism to blossom. Before the birth of Christ, respect for individuals did not exist. As Seidentop wrote, we must imagine a pre-Christian era as...


...a world where action was governed by norms reflecting exclusively the claims of the family, its memories, rituals and roles, rather than the claims of the individual conscience. We must imagine ourselves into a world of humans or persons who were not ‘individuals’ as we would understand them now....

There was no notion of the rights of individuals against the claims of the city and its gods. There was no formal liberty of thought or action. Participation in the assembly and service as a magistrate, if chosen, were obligatory and enforced. Citizens belonged to the city, body and soul.

The premise of moral equality requires a human will that is in a sense pre-social. It is that will which Paul’s great discovery, his mystical vision of the Christ, provides.


Christianity taught that all humans are equal before God and must respond individually to his requirements and in order to obey, God had given rights to individuals that the state could not ignore. Most of Seidentop’s book gives the blow-by-blow details of how the Church gradually, painfully over 1,600 years and against great opposition, fought for institutions built around the new idea of individual rights. Those institutions achieved critical mass first in the Dutch Republic of the seventeenth century, which quickly became the wealthiest and most powerful nation in Europe. Adam Smith claimed the Dutch had most fully implemented his system of natural freedom in his book, Wealth of Nations.

Was Paul the greatest revolutionary in human history? Through its emphasis on human equality, the New Testament stands out against the primary thrust of the ancient world, with its dominant assumption of ‘natural’ inequality. Indeed, the atmosphere of the New Testament is one of exhilarating detachment from the unthinking constraints of inherited social roles. Hence Paul’s frequent references to ‘Christian liberty’.

This Christmas, be thankful for the wonderful wealth the US enjoys that ultimately came because of the divine baby born in a manger.

Posted by Roger McKinney at 6:54 PM