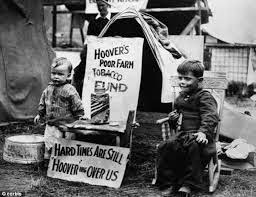 Japanese Prime Minister Shinzo Abe recently vowed to press companies to raise wages. His vow should have set off alarms among economists. Instead it elicited applause. The irony is thick but only economic historians and Austrian economists can appreciate it. Even the financial press missed it.

The irony lies in the fact that the first thing US President Herbert Hoover did when he discerned the approaching disaster of the Great Depression was to employ the persuasive power of his office to convince employers to refrain from cutting wages and attempt to raise them. The Wall Street Journal of December 16, page A11, quoted Mr. Abe saying,

As I toured the nation during the election,  I heard the opinions of ordinary citizens who are suffering from price increases and small-business owners in difficulties due to price hikes in raw materials.”


If wages don’t rise as quickly as prices, households could cut back on spending, endangering an economic recovery… A weaker yen has made imported food and other goods more expensive, and a rise in the national sales tax to 8% in April from 5% has hit consumers further…

Many Japanese companies have the cash on hand to pay workers more. It is just that decades of slow growth and a long stretch of falling prices have left them extra-cautious about adding to fixed costs.

Mr. Abe’s foremost economic task will be to reverse the decline in real wages by pushing corporate Japan to disgorge its excess savings,” said Izumi Devalier, Japan economist at HSBC.

The authors acknowledge that higher prices, and therefore lower real wages for workers, result from Abe’s monetary policy designed to destroy the value of the Yen, but Mr. Abe appears totally oblivious. In recessions, economists since Keynes have tried to engineer price inflation for the purpose of lowering real wages, thinking that lower real wages would persuade business owners to hire more employees even though there is no demand for their products. But as the WSJ authors understand, the labor market in Japan is very tight.

So if unemployment is low, why does Abe want price inflation? Either he thinks like 17th century economists and believes price inflation is a sign of progress, or he wants to default on Japan’s massive government debt by paying it back with devalued Yen.

Either way, it’s sad. And Abe’s plan to boost wages will work as well as Hoover’s did. Jawboning executives to raise wages alone didn’t cause the Great Depression, but it certainly pushed the ball rolling downhill fast.

I don’t even need to resort to Austrian economics to debunk Abe’s thinking; plain old kitchen table micro will do: raising wages without a corresponding increase in worker productivity does nothing but increase business costs and reduce profits. The effect is no different from a tax increase on businesses. Lower profits reduce investment and cause investors to send their money overseas.

And artificially raising wages is a tax, not on corporations but on those who save. Maybe that insight explains Abe’s thinking more than anything. He sounds altruistic and appeals to the native socialists and Keynesians who hate corporations and profits. Corporate cash does not belong to the corporation’s executives or workers; it belongs to share holders. If the execs can’t find a good investment for it, and investing is their main job, they should return the cash to the owners. Giving it to workers instead punishes the owners for being foolish enough to invest in Japanese corporations.

The long term consequences, if Abe succeeds, will be reduced investment in Japan and slower growth, neither of which bode well for the Japanese stock market.
Posted by Roger McKinney at 6:58 PM