When the market kills 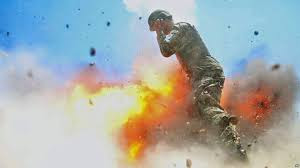 After the market collapsed in 2008, stress killed people according to research by the Economic Policy Institute.
We’ve long known that a financial shock causes immediate distress. Suit-clad men leaping from buildings were dismal hallmarks of the Great Depression, and soon after a major recession began in 2007, there were notable spikes in clinical depression, substance abuse and suicides...
Loss of control was front and center for the 26% of those in the survey who had endured a wealth shock. They were 50% more likely to have died during the period of the study, compared with participants whose savings remained intact. The researchers statistically controlled for other causes of mortality, such as ill health, job loss, insurance loss and marital breakdown.
Interestingly, women were more likely to have experienced a wealth shock than men, but they were not more likely to die as a result. They were, in short, more financially vulnerable but more resilient physiologically.
A few years ago the Wall Street Journal ran a story on the impact of the market collapse on money managers. Most (93%) suffered from post-traumatic stress disorder, or PTSD, the same problem that afflicts soldiers who have experienced combat.

The market will crash again. No one knows when but it’s as certain as taxes and the longer the current bull lasts the more likely his turning into a bear becomes and the uglier he will be. So what can investors do to prepare for the bear?
1. Reallocate. The greatest investor of all time and Warren Buffet’s mentor, Benjamin Graham, suggested flipping one’s allocation between stocks and bonds from 70% stocks and 30% bonds to about a 30/70 ratio when the bull is long in the tooth and riding record highs. One’s cash bucket should be full as well.
2. Be humble. Expect losses. Those who suffer the most from a bear attack are the Type-A personalities who are arrogant enough to think they control their destinies.
3. Give some money away. Giving to charities helps to keep wealth from controlling you by shrinking its importance.
4. Watch CNBC’s series “American Greed.” Most of the people who lose their life savings to con men are retirees who have made a little money in their careers but are greedy for more. That makes them perfect targets for con men offering ridiculous returns on investments. The stock market is not a con game or a gamble; the point is that the same mentality that makes the stars of American Greed suckers for con men also makes investors in the market arrogant and put all of their life savings into hot stocks that melt down.

Investing doesn’t have to be deadly, but the wrong attitude can make it so.
Posted by Roger McKinney at 7:20 PM