We are all socialists now – review of Demons of Democracy 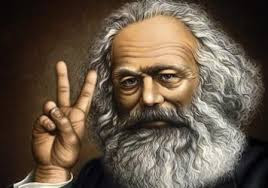 If the US has as tolerant society as it advertises, then why did the mainstream media attack North Carolinians so viciously when they voted to keep traditional bathrooms? And why do bakers go to jail for refusing to crown a wedding cake with two men? Doesn’t diversity and tolerance require, well, diversity and tolerance? Not in the smoky hall of warped mirrors that is liberal democracy according to Polish professor and author Riszard Legutko in The Demon in Democracy: Totalitarian Temptations in Free Societies. He does not mention Hans-Hermann Hoppe’s Democracy: The God that Failed but he makes many similar points.

Legutko is a professor of philosophy at Jagellonian University in Krakow and a writer on politics and philosophy. He co-founded the Centre for Political Thought after the collapse of communism. He has been elected to parliament, held cabinet positions and is currently a member of the European Parliament.

Legutko is a modern Tocqueville. He holds up an honest mirror to the West and shows us our true selves – communists. He calls us “liberal democrats” but that is because he uses liberal in the modern sense of a socialist. When he writes “liberal democracy” the reader should think democratic socialism. He writes that the dead communists of the East would be surprised to learn if resurrected that the democratic socialists of the West had succeeded far better than they had at conquering the minds and wills of the people and without using violence. Anyone who has any doubts that the US is hard core socialist need only read Legutko’s book.

The book has a minor flaw: the author assumes that liberalism had within it the germ that caused it to morph into democratic-liberalism (democratic socialism) that he abhors. For example, in chapter one he compared the thought of social democrats to that of a young person excited about changing the world.

This youngster, however, fails to notice that at some point this system, or rather the arrangement of systems covering many variants, became haughty, dogmatic, and dedicated not so much to facilitating the resolution of political conflicts as to transforming society and human nature.... The multiparty system was gradually losing its pluralistic character, parliamentarianism was becoming a vehicle of tyranny in the hands of ideologically constituted majority, and the rule of law was changing into judicial arbitrariness. (26)

He tries to demonstrate how liberalism transformed into socialism. The truth is much simpler. Socialists in the late 19th century US originally called themselves progressives. The term apparently did not work for them so they stole the name “liberal”. The true liberals, like Mises and Hayek, had to add the term “classical” in front of liberal in order to distinguish their philosophy from the socialists. Aside from that minor error, Legutko captures the essence of modern democratic socialism as well as 1984 and Animal Farm.

The most painful fact for the author is that Poland succumbed to democratic socialism after fighting for so long and so hard against communism. Legutko had endangered his life by struggling with Solidarity against communism. He expected the smoldering Polish imagination and love of freedom to burst into flame after the collapse of the communist regime. Instead, Western democratic socialists invaded and embraced former communists. Together they ridiculed and ostracized freedom lovers like Legutko and the majority of Poles loved it. His only consolation was that the new dictatorship of the majority was less brutal.

Muslims often brag that Sharia dictates how one should live in every aspect of life down to the minutiae of how to trim one’s toe nails. Democratic socialism has outdistanced Sharia law. No activity is free from political overtones. Every aspect of life, from birth (abortion is the highest ideal) to sex (homosexuality the most virtuous) to death must conform to the socialist ideal.

The liberal-democratic general will reaches the area that Rousseau never dreamt of – language, gestures, and thoughts. (65)

Legutko’s named his book appropriately: democratic socialism has a demonic quality to it that has polluted every aspect of life – religion, politics, sports, weather, science, art, humanities, education, sex – like a fog in a cheap horror movie. Legutko is pessimistic. He offers no salvation. No super hero or super weapon waits in the wings to rescue us. Maybe Legutko hoped that identifying the mental illness would be enough to awaken in the Western mind a desire for healing. He doesn’t say.

The real liberals of today, libertarians, dream of trial by combat with the forces of democratic socialism, certain that they have the full armor to defeat the monster. But Legutko reminds us that the socialists refuse to do battle. It is beneath them. In their ideology, any opponent of democratic socialism is by definition a Neanderthal, unworthy of debate and incapable of even understanding the issues involved. He is an unthinking product of his social and economic status created by the prevailing means of production, much as mainstream economists view humans in their models. They dispose of such beasts through ostracism and ridicule, not debate.

Legutko mentions frequently that the power source of both communism and democratic socialism was the desire for equality of wealth, which they define as true freedom. Equality of wealth, they say, will smash all evil tendencies in mankind and return us to the state of innocence in which we originally evolved. The brutality of communism and the politicization of all of life under democratic socialism are necessary only until humanity returns to its state of a natural innocence of evil. Then politics will disappear.

The final withering away of the state was to be the ultimate triumph of human aspiration to power. Man’s absolute control of everything that relates to him is at the same time the stage where the struggle for power becomes irrelevant and political activity comes to an end. Having reached this stage, man can finally do what was always his desire and the innermost striving of his nature – to create, to follow his dreams, to flourish. (75)

But to understand the allure of democratic socialism to the Western mind and to the people who suffered for decades under its brutal cousin, communism, readers will have to visit a classic, Helmut Schoeck’s Envy: A Theory of Social Behavior. Schoeck describes in detail the pervasiveness of envy throughout history and geography and its devastating impact on culture. Communism and democratic socialism are just the latest mass outbreaks of the plague. The only hero Schoeck finds who can slay envy is traditional Christianity, which is why Legutko says the hatred of that religion runs so deep among communists and democratic socialists.
Posted by Roger McKinney at 8:01 PM