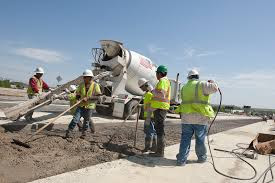 Last week the Dow index hit records highs largely on the assumption that a Trump presidency will mean massive new spending on infrastructure to shock the economy back to life like a paramedic putting the paddles on a patient whose heart has quit. That’s sad because it reveals how Keynesian and medieval the economic thinking of too many investors has become.

Bush allocated $800 billion to jolt the economy after the Great Recession. Can anyone tell me what we got for it? Of course, the medieval economists counter with “The economy would have been worse without it.” But they don’t know that. They have no data on what might have been, and for a field that is supposed to be data driven they make a lot of decisions based solely on their imagination.

Yes, they have the new-Keynesian models that “prove” the spending helped, but what do you expect from math models constructed with the assumption that state spending drives the economy?

Neither the massive infrastructure spending by the federal government nor the flood of money from the Fed contributed to the anemic economic recovery. Anyone who has studied business cycles before the creation of the Fed knows that the economy recovers on its own if left alone. Everyone responds to lower prices while entrepreneurs are always looking for new opportunities.

But spending and money printing didn’t cause hyperinflation, either, as most Austrian economists predicted. That could change now. The hyperinflation in Germany after WWI happened mostly because of state spending. Yes, the central bank bought all of the state debt and dramatically increased the money supply, but the money entered the market through state borrowing and spending.

If President Trump succeeds in persuading a Republican Congress to spend say $800 billion on infrastructure, he will greatly benefit Mexican immigrants because they do most of the work on roads and bridges. But if he deports them first, he will have to raise wages dramatically to entice others to work in the field and he will get much less bang for his buck.

At the same time, he will be adding to the $800 billion spent by Bush and Obama earlier. Even amateur economists know that because of the iron law of diminishing marginal returns Trump’s spending will have an even smaller effect that the earlier spending.

Of course, according to medieval economics, higher consumption spending forces businesses to invest, create jobs and boost the economy. But good economists understand that real increases in consumption can happen only through greater investment from savings. Without an increase in production, more consumption means nothing but higher prices for consumer goods.

High unemployment and higher inflation will mean something only to us old folks who can remember the “stagflation” of the 1970s. Reagan invented the misery index by adding the inflation rate to the unemployment rate. The 1970s was a terrible decade. The misery only began to abate with the end of price controls for energy under Carter. There was no deregulation. There was only ending of price controls.

If investors read about the hyperinflation in Germany, they’ll find that a lot of people used it to become rich. They did so by owning land and gold, things that protect investors from inflation. The stock market might do the same, but it has a mixed record. It soared in hyperinflated Germany but tanked in the US during the 1970s. My guess is that the stock market will repeat the poor performance of the 1970s because 1) it is already at record highs and PE ratios are high and 2) inflation will destroy real corporate profits.

Also, get out of bonds!
Posted by Roger McKinney at 9:15 PM