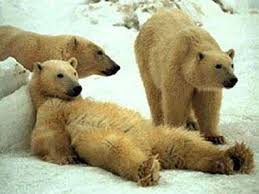 Last week the Wall Street Journal ran several articles on the tectonic shift in investing from actively managed funds to passive index funds. In “The Dying Business of Actively Picking Stocks,” the Journal reported that “Over the three years ended Aug. 31, investors added nearly $ 1.3 trillion to passive mutual funds and their brethren— passive exchange- traded funds— while draining more than a quarter trillion from active funds, according to Morningstar Inc.”

Even Warren Buffet jabbed a knife between the ribs of active fund managers by stashing his wife’s inheritance in an index fund. One active manager proclaimed passive investing to be worse than Marxism for the future of capitalism.

The standard charges against actively managed funds are that only a few outperform indexes like the S&P 500 and they charge higher fees, says the Wall Street Journal.

Hedge- fund managers, the quintessential active investors, are facing mounting withdrawals as they struggle to justify their fees. Hedge funds, which bet on and against stocks and markets world-wide and generally have higher fees than mutual funds, haven’t outperformed the U.S. stock market as a group since 2008.


The decline in performance for actively managed funds has several causes. First among them is the dilution of talent. In the same way that the value of a stock falls when the company issues new shares, the performance of active managers slides as more entered the industry. The first group of hedge fund managers was really good and reaped high returns for their clients. The high profits of those funds attracted a lot of competitors, most of whom were nowhere near as good. It’s similar to what my father used to say about the Okie migration to California during the Dust Bowl: it raised the average IQ of both states. Only in the case of hedge funds, the migration lowered the average investing IQ of fund managers.

That doesn’t mean the Efficient Market Hypothesis applies to everyone. A few guys can consistently beat the market, but such talent is very rare, as rare as a good NFL quarterback. Just as most NFL teams will have to make do with a mediocre QB, so most investors will have to put up with mediocre fund management because the best managers are taken. Many of those poor managers try to mimic index funds.

Another reason for the poor performance of actively managed funds is that everyone uses the wrong metric – annual percentage returns of an index. In the first place, no decent fund manager will always have all of their clients’ money invested in just the stock market. They will diversify. The whole point of being a “hedge” fund was to hedge against a downturn in the market. That means diversification. If you’re diversified, then by definition when the stock market is doing well you’re fund won’t do as well because the non-equities in your portfolio won’t be doing so well and they’ll drag your average down.

In the second place, percentage returns is the wrong metric because investors care about absolute dollar returns and not percentage returns. The whole point of hedging was to reduce massive losses when the market crashes as it did in 2000 and 2008. By doing so, hedge funds could trail the indexes during good times in terms of percentage returns and still produce much higher absolute returns. It seems counter intuitive but do the math, or look of the section in my book, Financial Bull Riding.

However, unless investors have the time and expertise to research individual companies, they will usually benefit from passive index funds. But keep in mind that cap weighted funds force investors to adopt a particular philosophy – growth – because cap weighted indexes place the bulk of money on those stocks whose prices have appreciated the most. If you want a more neutral approach, you’ll have to go with constant weighting, as Robert Arnott did in The Fundamental Index: A Better Way to Invest.

But investors don’t have to sit back and take the big assaults to their savings from a major market crash. Instead, investors can pay attention to the business cycle, learn the Austrian business-cycle theory, and get out of equities near the top of the boom. They can put their funds in money markets, bonds or gold and wait out the apocalypse. Then, when everyone else is wailing that the world is coming to an end, get back into you index fund.

Even better, rotate through the sector index funds as each bears its fruit as the business cycle sprouts, matures and then defoliates.
Posted by Roger McKinney at 6:35 PM