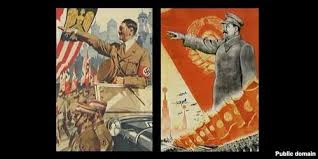 Listen to the news about the immigration of Syrians to Europe and you think free marketeers are racists because the media labels opponents of immigration the “extreme right.” After all, promoters of freedom are positioned to the right while socialists are on the left, right? But the historical facts tell a different story.

Economists of the mid-nineteenth century opposed slavery. The greatest, David Ricardo, was a Jew and knew something about racism and oppression. The advocates of slavery opposed the economists. Thomas Carlyle, a socialist, dubbed economics the “dismal science” because the freedom that economists demanded would create a “dismal” world in which white people were equal with the “inferior” races, such as the people of Africa.

Leftist regressives, who called themselves Progressives, invented the truly dismal science of eugenics in order to suppress the population of minorities in the UK and US and force them to reduce their birthrates. They introduced the minimum wage in the US to prevent minorities such as Jews, Africans, Chinese, Mexicans and Native Americans from getting jobs. Regressives assumed that if those minorities couldn’t get jobs then they wouldn’t marry and have children. For details check out Princeton scholar Thomas C. Leonard's book Illiberal Reformers: Race, Eugenics and American Economics in the Progressive Era.
Hitler employed American eugenics against Germany’s Jews during World War II, but since he was fighting the USSR, the utopia of the left, the regressives had to oppose him. Besides, his habit of mass murder gave eugenics a bad name so they labeled Nazism the far right. However, Nazi was a shortened form of the full name of Hitler’s party, the National Socialists. The Nazis were as far to the left and socialist as Stalin, but he made the mistake of challenging the left’s messiah, who by the way murdered at least three times as many people as his protégé, Hitler.

Hayek wrote his most popular book, Road to Serfdom: With the intellectuals and Socialism, primarily to prove to British socialists that they were wrong about Nazism and that the party was as far to the left as it could possibly be without falling off the scale. In spite of the book’s success, the media has continued to carry water for the socialists and stick with the label of the “far right” for Nazism.

The left jettisoned their overt support of eugenics after WWII, but retained the main tool they had created to enforce it – the minimum wage. Now they claimed the bludgeon they had once used against minorities would now help them increase their income. The sad history of the wages of minorities has proven them wrong.

Both the Republican and Democrat parties in the US have been socialist since the 1890s. The Democrats have done the heavy lifting in the work of forging a progressive (socialist) nation while the Republicans have been socialist-light. But the Democrat party, especially southern Democrats, fought hardest against the civil rights movement of the 1960s.

Another tool of the left, universal college education, has worked against minorities as effectively as the minimum wage. Few minorities go to college while a large percentage of whites do, so employers could require a college degree to clean their toilets and never have to interview a minority.

Knowing the truth about the history of the left in the US will set minorities free. They should learn who their real friends are, libertarians, and not the left of the Democrat or Republican parties.

Posted by Roger McKinney at 7:22 PM