The rich are getting richer - Baptists and bootleggers 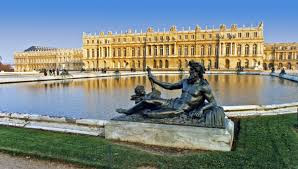 Hillary and Bernie dusted off and hoisted aloft the old medieval standard “the rich get richer while the poor get poorer” during their primary contest. Republicans tended to respond with, “So?” During the Olympics, Hill promised to make the rich pay their fair share in her TV ads. Hill and Bernie imply that the rich have become wealthy at the expense of the rest of us, another medieval economics principle.

Attacking the wealthy always inflames envy, draws a crowd and extorts campaign contributions. That’s why politicians use it so often, as Helmut Schoeck noted in his masterpiece, Envy: A Theory of Social Behavior.

The truth is that Bernie and Hill are half right: inequality is growing. They're just wrong about the reasons. However, free marketeers do a lot of damage to the cause by ignoring the issue or denying that anything is wrong. Worse, some even defend growing inequality.

Last week the Oxford club contributed its voice to the chorus about inequality with its own explanation:

There are two ironclad reasons the rich keep getting richer, however. The first is pure mathematics. Wealth compounding creates more wealth.

But if Bill Gates parks his roughly $78.1 billion net worth in a money market account paying 0.05%, he would earn hundreds of thousands of dollars more than you... and continue increasing the inequality between you.

Yet, aside from the power of compounding, there is another ironclad reason the rich keep getting richer: There are proven rules of wealth creation. And they follow them.

So can you. Unfortunately, most people don’t.

Instead, they carry high-interest debt. They don’t save enough - or at all. They don’t invest what they do save wisely. In short, they don’t make good financial choices.

Alex Green is correct that the wealthy are better investors and compounding interest helps them out. Yet, his explanation is essentially the same as that of the French socialist Thomas Piketty in his very popular book, Capital in the Twenty-First Century. I wrote more about that here. And Alex is wrong for the same reasons that Piketty was wrong.

The inequality-phobes are wrong because they cling to medieval and classical economics. Medieval economics thought of the total wealth of a nation as a pie that was fixed in its size. Or in economics, as a production possibility frontier with trade-offs between the rich and poor. If one group became wealthier, it could do so only by making the rest poorer. The frustrating thing about fixed pie economics is that is was absolutely true for most of human history. Most people gained wealth by some form of theft. It lost its explanatory power only with the advent of capitalism in which people could become rich by serving the needs of the masses with better and cheaper goods. Unfortunately, wealth through theft is still common today even in the US.

Also, inequality-phobes follow the classical economists, such as Ricardo and Mill, who separated the distribution of wealth from its production. They spent too much time worrying about how wealth was distributed, partly due to the growing influence of socialists on the continent. But as Mises explained, production and distribution of wealth are inseparable. Wealth goes to those who produce it and by natural law the producers have the right to it.

On the other hand, conservatives and libertarians who ignore or defend the problem of growing inequality are wrong as well because it is growing and for real reasons. Inequality-phobes are wrong about the degree of growth. It's not historically high. They merely advertise their ignorance of history. Inequality is near historical lows. But still it is growing. Why?

The chief reason is the growth of socialism. The ignorant masses assume that socialism will create greater equality but history proves them wrong. The greatest inequality in the twentieth century existed in the USSR and China under Mao. In the US, the socialism that increases inequality comes from 1) the inflationary policies of the Fed and 2) increasing regulation of business by the state.

State control of money and banking was one of the ten commandments of the Communist Manifesto and the US has suffered from it for over a century. Mainstream economists assume that when the Fed creates new money ex nihilo, legal counterfeiting, the money reaches all of the people at the same time as if dropped from a helicopter. That's because they exclude time from their thinking. In the real world, the Fed's new money enters the economy through a small club of large banks. It then slowly filters down to the people who get it last, the working poor.

Even mainstream economists grasp the fact that increasing the money supply causes price inflation. What they fail to see is that process takes time and those who get the new money first can buy assets, such as shares on the stock market or real estate, before prices rise. Prices have already risen to the max by the time the working poor get the new money in the form of pay raises. So the Fed's inflationary policies act as a tax on the poor and a subsidy for rich bankers.

In addition, the Fed's policies make business cycle worse. The working poor get hurt again in the recessions that the Fed causes when they lose their jobs.

Bernie thought that the solution to the problem of growing inequality was to have the state regulate business more, but he is ignorant of the collusion of "Baptists and bootleggers." Baptists always wanted the state to outlaw liquor sales on Sunday for religious reason, but bootleggers would join them in supporting the legislation so they could have the liquor market to themselves at least on Sundays.

The "Baptists and bootleggers" principle works with business regulation. Bernie is the Baptist. He wants the state to regulate business for ethical reasons, assuming the best of his intentions. Corporations are the bootleggers. They want more regulation of their industries by the state because they are big enough to sustain the costs and they know the increased costs will drive out of business most of their smaller competitors. Regulations reduce competition and distill industries into oligopolies in which four or five corporations control eighty percent of the market.

There is little difference between oligopolies and cartels. With reduced competition, the large corporations can pass on the costs of regulations to consumers through higher prices. Mises described the process as it happened in Germany from Bismarck through Hitler in his book Omnipotent Government.

Growing inequality is a real problem in the US. Denying it only hurts the cause of freedom.