What the market has in common with Trump 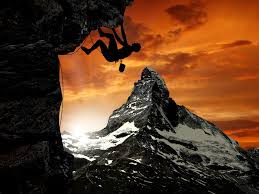 Watching this market is like watching Trump’s candidacy. Everyone is waiting for both to crash and burn but they keep climbing to greater heights. Even Fox News appears to oppose Trump without much effect just as the stock market sets new records in the midst of gloomy economic news all around.

The market has set new records even as profits are expected to have fallen for the fourth consecutive quarter. Earnings season is upon us and we will soon understand how bad the damage in the second quarter was. Thomson Reuters has predicted that profits in Q2 will be down about 5% from the same quarter last year. Revenue will have fallen 0.8%. It blames oil prices, low interest rates, and a saturated cell phone market.
The unemployment rate comforts the media’s talking heads but good economists know that employment is a lagging indicator of the health of the economy. Also, fewer people are working than at any time in the past generation, which means that the unemployment figures have gained ground on the backs of discouraged workers, not improvements in job creation.

Part of the altitude achieved by stocks is coming from foreign investors looking for a safe harbor for their savings. From the perspective outside, the US has the best looking truck in a field of wrecks.

Analysts have reported that most of the elevation in stock prices has come, again, from corporate buybacks. Corporations are returning vast sums to shareholders, seeing no decent opportunities in the US. We should commend managers who can’t find sound investment opportunities for returning profits to shareholders via stock buybacks. But shareholders will have to sell while the market is hot in order to benefit from such generosity. Profits will have to fall a great deal before such buybacks end.

A large portion of the buybacks has been financed through debt. Such risky behavior on the part of management is a feature of the practice of rewarding executives with stock options for their part in raising the value of the company stock. Mises wrote decades ago that such rewards increased risk taking by managers:

But if a manager is given a completely free hand, things are different. He speculates in risking other people's money. He sees the prospects of an uncertain enterprise from another angle than that of the man who is answerable for the losses. It is precisely when he is rewarded by a share of the profits that he becomes foolhardy because he does not share in the losses too. (Human Action, 303-304)

Groupies of the Efficient Market Hypothesis and behavioral economics will claim this market proves that investors are irrational. People aren’t irrational. They just have different ways of evaluating the market, some of them pretty strange. Our goal should be to evaluate it better than others.

At this point in the business cycle and bull market, investors should be asking themselves “What would Ben do?” That would be the great investor Benjamin Graham. To paraphrase Ben, when the market is this high there is no upside. Ben never suggested getting completely out of the market, but he sometimes recommended keeping as little as 30% of one’s investments there.

Those who have bought the dips have done well, but no one could have known that last year. The market seems strangely similar to the one in 1929 about which the great economist Irving Fisher said had reached a permanently elevated plateau. Fisher lost most of his life savings in the crash.

Hayek remarked on the high inflation of the 1970s that the Ricardo Effect took much longer to work than he thought. This market has revisited record setting altitudes more times than most of us spectators would have imagined two years ago. The most difficult skill for most investors to learn is patience.

Bond yields have no air left. Real estate suffers from very high valuations. That leaves only gold and silver or plain cash as stores of wealth until the market corrects.
Posted by Roger McKinney at 7:35 PM