The Damage that NIRP does 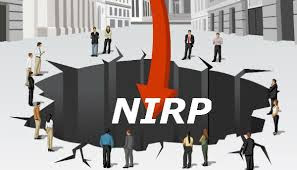 Bloomberg carried a story a few weeks ago on Denmark, which has been “blessed” with a negative interest rate policy (NIRP) longer than any other developed nation. The authors asserted that the horror stories about low interest rates with which economists have typically frightened us for decades haven’t come true in the Scandinavian country, so economics must be wrong.

Of course, the Bloomberg journalists have forgotten the primary caveat of economic reasoning – ceteris paribus, or all other things being equal. The horror of money printing, such as the disaster that nearly destroyed Germany in the early 1920s, caused hyperinflation and a plummeting exchange rate. Those haven’t afflicted Denmark, or any other major country, yet, because everything hasn’t remained ceteris or paribus.

When every nation reduces rates in concert, it has no impact on exchange rates. And it may not cause much inflation. The idea that it must cause price inflation or economics is wrong comes from a blockheaded view of the quantity theory of money. Again, ceteris paribus applies. Printing money (or technically credit expansion via low interest rates) will cause price inflation if nothing else in the economy changes. But money printing doesn’t work mechanically. Japan should know. The Bank of Japan has desperately tried to create inflation through money printing for the past 30 years.
Credit expansion can create inflation only if enough people are borrowing and spending on consumer goods. Hyperinflation often occurs with massive government spending, as in Germany’s hyperinflation or that of Zimbabwe recently. But if businesses, governments and consumers have maxed out their credit cards, they won’t be able to borrow much. And if businesses see no profitable opportunities to invest, they will borrow to buy back their own shares on the stock market, as they have been doing for years. Low price inflation doesn’t mean everything is fine.


We’ll do fine until the next recession hits. Then all of the chickens that NIRP has been hatching will fly home to roost. And if you have hung around chickens much, you know what they deposit on those sitting under them.

However, they are based on too much aggregation of data – averages for decades. If we break apart the next decade into individual years we will see something very normal – a business cycle. In the first year of a recession, the return on equities will be negative. The market may decline as much as 40%. Then the recovery will begin and in the first year prices will jump 20% or more. Returns will be positive for the remainder of the cycle. Those investors who follow the Austrian business-cycle theory (ABCT) should be able to shelter their nest eggs during the recessions and take advantage of the unusual gains during the expansions and earn far greater returns. As Mises wrote in Human Action:

The final outcome of the credit expansion is general impoverishment. Some people may have increased their wealth; they did not let their reasoning be obfuscated by the mass hysteria, and took advantage in time of the opportunities offered by the mobility of the individual investor. Other individuals and groups of individuals may have been favored, without any initiative of their own, by the mere time lag between the rise in the prices of the goods they sell and those they buy. But the immense majority must foot the bill for the malinvestments and the overconsumption of the boom episode. 562

Posted by Roger McKinney at 7:34 PM