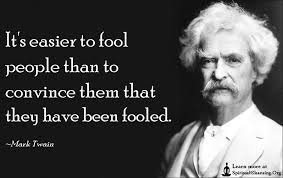 Economists look to GDP to determine if the US economy is in a recession. Generally, it takes two quarters of the economy shrinking (economists call it negative growth, but they’re linguistically challenged) for the National Bureau of Economic Research to declare a recession. Of course, those two quarters indicate the bottom of the recession, by definition.

The problem with GDP accounting is that it ignores about half the economy. GDP was designed to calculate new, value added production. Using standard accounting lingo, GDP is not gross anything; it’s net production. Net numbers, such as net profit, are the gross (total) sales minus the costs of doing business, such as material costs. That’s GDP. So GDP mostly counts retail sales and government spending while leaving out most industrial production. And that’s one reason that recessions take mainstream economists by surprise.

Recessions start in the mining, energy, industrial production sectors that are missing from GDP. They spread to shipping, railroads and trucking and finally hit retail, GDP, last. The odds are good that the US will hit its two quarters of shrinking GDP early next year, but that won’t be the beginning of the recession. It will be the bottom. The beginning will be calculated from the peak of previous GDP growth, probably the second quarter of 2015.

We have been watching the slow motion destruction of the industrial/capital goods sector for a while:

From railroads to manufacturers to energy producers, businesses say they are facing a protracted slowdown in production, sales and employment that will spill into next year. Some of them say they are already experiencing a downturn, said a recent WSJ article.

“The industrial environment’s in a recession. I don’t care what anybody says,” Daniel Florness, chief financial officer of Fastenal Co., told investors and analysts earlier this month.


Most of the new jobs created since the recession have come from the oil and gas industry:

With the bust in oil and natural gas prices, those jobs are evaporating. Caterpillar, the epitome of capital goods production, has lost sales for a couple of years and looks forward to a bleak future:


Caterpillar said Thursday that its full-year sales and revenue for 2015 and 2016 have weakened, with 2016 revenue now projected to be 5% lower than 2015′s already diminished levels.

Walmart is facing declining sales and that may mean that the disaster in industrial production is finally bleeding over into retail. It's only a matter of time before the stock market catches on and corrects the over valuation that has caused it to sail far above that justified by profits.
Posted by Roger McKinney at 6:08 PM