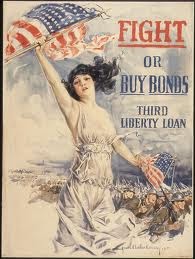 Austrian economists can get forecasts wrong, occasionally. Many were wrong about inflation when the Fed stuffed its balance sheet with junk bonds. Inflation has remained asleep except in asset markets. That wrong forecast gave some of us a jaundiced outlook for bonds. The reasoning went that higher inflation and a greater demand for loans would force interest rates higher in 2014, and when interest rates rise the price of bonds fall. Also, the Fed was trying to go sober after multiple shots of QE. So I stayed away from bonds this year because the fall in value would erase all of the benefits from the interest earned. As a result I missed out on a great opportunity.
While most of the world was fixated on the choppy stock market, bonds were as stealthy as 007 while soaring. The October 20 Wall Street Journal (page C1) reported that the Wasatch-Hoisington U.S. Treasury Fund earned 28% for investors this year. Lacy Hunt, the fund’s chief economist, said, “I don’t think the Fed is going to raise rates. All they can do is hold rates here for longer and longer time periods.”
So where did Austrians go wrong? First, they didn’t take Hayek and Mises seriously when they warned against assuming the quantity theory of money works mechanically.  The monetarist Milton Friedman influenced too many Austrian economists. The quantity theory states that increases in the money supply will lead to consumer price inflation. That is always true, ceteris paribus, but things are never ceteris, let alone parabus. Many things can break the link between increases in the money supply and prices. Most importantly, we should temper our expectations of the quantity theory with the subjective theory of value. As Mises wrote, people may not always respond to increases in the money supply in the same way. That is the principle of subjectivism applied to money, something Mises is most famous for.

This time really was different, in spite of the fact that most of the time it isn’t. According to Hunt, “burdensome levels of private- and public-sector debt” have gummed up the latest recovery. Most mainstream economists tarred and feathered Rogoff and Reinhart when they suggested in their book This Time is Different: 800 Years of Financial Folly that high levels of debt could predict extended periods of below normal economic growth. Hunt used that thinking to earn a huge return for his investors this past year.
Hunt’s math puts total private and public debt in the US at 330% of GDP; 460% for Europe and 650% for japan. He places the danger zone at 250 – 275%. “The world is more overindebted now than in 2008,” Hunt said. The problem is that excessive debt prevents businesses from borrowing more to invest and the lack of investment puts the brakes to growth.  Hunt said monetary policy is ineffective when faced with such high debt levels. Of course, many corporations are sitting on mountains of cash and still won’t invest because of high levels of taxation and regulation.
Japan’s economy has been stuck in a low growth mode with low interest rates for decades. Germany appears to be desperately trying to become Japan.
So with the stock market at nose bleed levels this might be a good time to consider bonds. They won't repeat the great performance of 2014 and you'll need to stay away from high yield bonds since they act like stocks: when the next recession hits they'll tank in value. Our best bets are investment grade corporates or treasuries in the middle maturities, say five years. Funds and ETFs with those kinds of bonds have yields of just 3% at best, but that will beat a 30% decline in the face of a recession.

Posted by Roger McKinney at 7:40 PM