If Elizabeth Warren Really Was An Indian, She’d Know Not To Trust The Federal Government 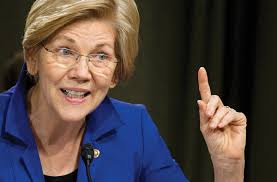 The media are confused over Democrat presidential candidate and senator Elizabeth Warren. They laugh at her attempt to prove her tribal heritage while taking her tax plans seriously. They advertise their ignorance on both accounts.

Let’s take her claim to a tribal heritage. She was wrong to take a DNA test. That would prove her lineage according to the government’s rule of what makes an Indian, or a member of a tribe. Tribes never considered “blood quantity” as a condition for tribal membership before the state forced them to do it. Slave owners came up with that nonsense in order to keep as many people as possible as slaves. They divided people into quarter, half, sixteenth, etc., black.

The “red” people of the Americas never practiced such silliness. (The tribes called themselves red; it was their way of saying, “We are the beautiful people.” Oklahoma is Choctaw for “land of the red (skinned) people.”) Tribes are made up of clans of families, so if you were part of a family in a clan then you were part of the tribe. Anyone could marry into a tribe and many tribes had Europeans and Africans as members. After the un-Civil War, the Choctaw, Cherokee, Creek, Seminole and Chickasaw tribes freed their slaves and made them full tribal members.

It’s hard to get tribal members to trust the federal government because it never kept a single treaty out of hundreds it made with the sovereign tribal nations. I challenge historians to find a single treaty that the US federal government did not break. It committed ethnic cleansing with the removal of all tribes east of the Mississippi River to what is now the state of Oklahoma. But that atrocity wasn’t enough. In the 1890s it decided to destroy tribal governments a divide the commonly owned land among individual tribal members. The tribes would decide who belonged. The five eastern Oklahoma tribes took a census and declared that descendants of those original enrollees would be considered tribal members.

Many were pure white and black racially, but were still tribal members. I have so little genetic “Indian” blood that I lost it the first time I pricked a finger, but I’m still a voting member of the Choctaw nation. Remember that the late 19th century witnessed the flowering of progressive eugenics, a fancy term for racism. Progressives wanted to classify every person according to their genetic makeup. They passed a law requiring everyone to carry a card displaying their race by percentages with the idea of promoting pure-bred whites and eliminating those from mixed or inferior races.

Today, only members of tribes have to carry a card detailing their “blood quantum.” The federal government not only stole tribal land and killed many tribal members in the process, but destroyed our governments and dictated to us what it means to be tribal, or what they erroneously “Indian.” They call us “native American,” a ridiculous made up term that no self-respecting tribal member uses.

What does this have to do with Warren? If her family has been in Oklahoma for a century then she probably has a tribal heritage. The Cherokee took the forced break up of their tribal government especially hard and many refused to take part in it by enrolling family members in the 1890s. Today, a few “full-blood” Cherokees can’t claim tribal membership because of the rebellion of their grandfathers. Warren doesn’t need a DNA test. That proves nothing. She merely needs to show that in the 19th century before the destruction of the tribal governments she had ancestors who were members. Race doesn’t matter. And if an ancestor was an original enrollee she can have her tribal member status reinstated.

Such a tax is immoral because it punishes citizens even though they have committed no crime. Americans held to that morality until the election of Wilson, after which they tossed out morality so they could plunder the rich. Practically, the tax will do much more harm than good. It will not bring in the revenue the socialist “economists” claim. The French economist, Thomas Piketty, argued for an 80% tax on wealthy individuals in his best-selling book, Capital in the Twenty-first Century, but he admitted it would bring in little new revenue. He simply wanted to punish successful people. The $2.75 trillion figure is merely blood in the water for envious sharks.

Intro to economics texts teach us that savings finance investment and investment creates jobs and growth. I realize that regressives like Warren have difficulty focusing on such long trains of logic. They obsess over the short run because they can’t concentrate enough to consider the long run. They have a form of adult attention deficit disorder. The rest of us can understand that such taxes reduce savings. That will reduce investment and in the long run destroy jobs and make us poorer.

No one cares about job creation right now when unemployment is so low, but they will care very much in a year or two when we’re trying to dig out of a recession. Warren can ignore the long run for a while, but when it shows up it will be ugly and mean.
Posted by Roger McKinney at 7:37 PM