The Death Gap: how socialists deceive 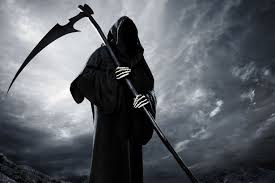 For some reason David Ansell, MD, thinks dropping the names of two famous socialists will add legitimacy to his book, The Death Gap: how inequality kills:

In many ways my insights about premature death in the neighborhoods along Ogden Avenue follow directly in the footsteps of Friedrich Engels and Rudolf Virchow, both of whom wrote in the mid-1800s about social conditions and health...This book is written in the spirit of Engels and Virchow.

Anyone who knows real history understands that Engels flat out lied about factory working conditions in his day as well as the “blissful” lives of peasants before the Industrial Revolution. Ansell doesn’t have the courage to lie as blatantly as Engels did. As a magician uses sleight of hand to make the audience think he really is cutting the half-naked assistant in half while distracting them from the deception happening inside the box, Ansell fixes the readers’ attention on certain facts without allowing them to see other facts that would give them a different opinion of matters. For example, he wrote,

A greater proportion of Americans lived in poverty in 2015 – a staggering 45 million – than in the late 1960s.

Yet he never discusses President Johnson’s Great Society and war on poverty that produced massive spending on the poor, which takes up about 25% of the federal budget and a higher percentage of most state budgets. Have those socialists programs failed? Ansell pretends they don’t exist. And he wrote,

Single black and Hispanic women have a median wealth of $100 and $120 respectively; the median for single white women is $41,500.

But he doesn’t reveal that behind the curtain the single black and Hispanic women have children and are on welfare while the single white women are working. However, he’s not as careful as a practiced magician. He lets an inconvenient fact slip through:

These statistics demonstrate graphic inequity, but we should not forget that the preponderance of poverty in the United States is among whites.

But if most poor people are white, how does that show “structural violence” against minorities? Another doctor, Dr. Thomas Sowell, a black man who has a doctorate in economics instead of medicine, points out in Black Rednecks and White Liberals that inequality in the US fell during the first half of the 20th century when real “structural violence” peaked and began rising for blacks only after the implementation of civil rights legislation. While the good doctor should stick to medicine and leave the economics to economists, he makes a single nod to the economics profession:

Ansell thinks that Deaton’s research vindicates his conclusions, but it doesn’t. Deaton proves that inequality isn’t the culprit in premature death; being black is. What is it about being black that increases the risk of death? Ansell considers biology and poverty and dismisses both. By the process of elimination, only “structural violence,” or racism and inequality are left. But he ignores a corrosive culture, the enemy of black people that Dr. Sowell and Dr. Walter Williams attack in their books. He concludes,

Suffice it to say that the preponderance of the evidence suggests that both racism and poverty perpetuated by loosely regulated free-market capitalism are structural forces that contribute to premature mortality in synergistic ways.

Not the perfect magician, Ansell lets his guard down again by revealing the true target of his anger, the capitalist system. Socialists were preaching that capitalism turns good people evil long before Marx was born. That accusation doesn’t get as much traction with the media as the new claim that it actually murders people.

The doctor dumps bushels of statistics and anecdotes to prove that integration makes black people better off. I’m astounded that doesn’t offend people. I have a tribal heritage and am a full citizen of the Choctaw Nation, one of the five tribes that suffered from Andrew Jackson’s ethnic cleansing and theft. I have known a lot of people from different tribes in my lifetime. If a doctor had told me or any other tribal member that we would live longer, be richer and happier if we surrounded ourselves with white people we would have let him ski barefoot at the end of a rope behind a horse over cacti.

Ansell relies heavily on correlation to prove his point, but as first-year statistics students learn, correlation does not prove causation. The good doctor doesn’t want his readers to know that. Often cause and effect runs the opposite direction in correlations. For example, there is a high correlation between hospitals and the number of sick people. Does that mean hospitals make people sick? Some things are highly correlated that have no relationship to each other, such as the GDPs of New Zealand and Italy. The good doctor has found a convenient way to deceive people like a good magician: just point out correlation without letting audiences look inside the box.

Sleight-of-hand socialists like the doc hide a lot of truths, such as the one that minorities in the US are among the richest people on the planet. They are richer than the poor of socialist Europe. Minorities in socialist nations that have implemented the doc’s policies suffer similar health problems and premature death as those in the US.

And as Drs. Sowell and Williams prescribe – culture matters. Dr. Ansell may be a good physician, but he is a terrible economist.

Posted by Roger McKinney at 9:27 PM