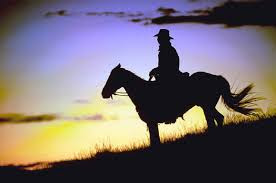 Individualism is the root of all evil if you believe many theologians and sociologists today. For example, Philip bond wrote in First Things,


Liberalism finds its quintessential form in a market state that enforces individualism. The market state must abolish anything that stands in the way of unconstrained freedom; it must eliminate solidarity or shared associations with other people, places, or things. This gives liberalism a curious Maoist cast, as it seeks to dispel our settled notions, be they sexual, biological, or even of who counts as human.

The current Pope has been a leading critic of individualism, according to a Catholic writer:


The Pontiff acknowledged that our Western culture ”has exalted the individual to the point of making him an island, almost as if one could be happy on one’s own.” Stemming from it are ideological visions and political powers that “have squeezed the person, have standardized him, thus making room for economic powers that wish to exploit globalization, instead of fostering greater sharing among men, simply to impose a global market of which they themselves dictate the rules and draw the profits...the concept of person, born and matured in Christianity, helps in fact to pursue a fully human development.” Moreover, the word “person” always means relation, not individualism; it affirms inclusion, not exclusion, a unique and inviolable dignity and not exploitation, freedom and not constriction.

This is the last article in a series defining free market capitalism. Part one contributed the first of four criteria, calling it the system that makes property rights real through free markets and government. Part two showed the need for respect for commerce and mass production. This article shows the importance of Christian individualism.

The hatred of individualism comes as a result of the withering of the concept of the “common good” in the West. The religious left continually thrusts the common good in our faces. Free marketeers rarely talk about it. As I explained here, the concept of the common good has a pagan genesis. In classical Greece and Rome, patricians beat the people to death, sometimes literally, with the common good. It meant nothing more than doing what the city or state leaders told you to do without complaining. After all, someone has to decide what the common good for the moment is and that someone is always those with the most power. In classical civilization it was the dictators; today it’s the tyrannical majority. Regular citizens, or slaves who made up most of the population, had no choices or rights against the dictates of the common good.

Then along came Christianity. According to Larry Siedentop in Inventing the Individual, Christianity broke the enslavement of the people to the common good. It gave to individuals rights that the state and powerful patricians could not take away. But Church fathers didn’t understand what they had in Christian individualism. The grasped that it made all races, nationalities, genders, freemen and slaves equal before God, but how would that work out in society? Blinded by the pagan philosophers who promoted submission to the common good, it took theologians 1,500 years to figure out how Christian individualism should reconstruct society.

Again, the theologians of the University of Salamanca, Spain, put it all together for us. Boiled down, Christian individualism limits the state to protecting the life, liberty and property of its citizens. It is freedom from state coercion. At the same time, Christian individualism encourages communities such as the family, church, school and voluntary organizations to carry out the work that it prevents the state from engaging in because of mankind’s inalienable rights.

That was how the West understood individualism up to the French Revolution. Then atheists and deists emptied the word and filled it with their own concoction of fake individualism. The left has championed that version since. Enlightenment individualism is that evil version that the religious left rants against even though the left created it. Hayek wrote in “Individualism: True and False” that the false individualism of the Enlightenment divorced people from all tradition, morality and solidarity with family, church or other communities. Each person became the measure of all things. If one could not grasp the long term consequences of a principal, he was free to jettison it. Nothing he could not personally understand, and see the long term consequences of it, was valid.

But humanity can’t bear so much freedom, so socialists rode to rescue people from the monster socialists had created: scientists would lead us ignorant masses to salvation through the power of the state. People owed no allegiance to any other person or group, but the state demanded absolute submission to the common good as determined by the scientists. The Enlightenment brought Europe full circle from the tyranny of the common good in Greece and Rome to the tyranny of the modern state in the name of the common good. Frederic Bastiat blamed the regression on the intense study of the classics in French schools.

On the other hand, capitalists praise individualism, especially the rugged American version. But they have a different definition in mind. Capitalists keep dredging up Christian individualism while leftists condemn their own child. Untangling the confusion over individualism is difficult because socialists have done a superb job of confusing everyone.

How does Christian individualism tie in with the hockey stick in per capita income? It seems like we have strayed a long distance from the topic, but we haven’t. Christian individualism was essential to the hockey stock as Helmut Schoeck pointed out in his great book, Envy: A Theory of Social Behavior. Envy is the enemy of innovation, commerce, and property. Envy demands that all of the people in the same class be alike in every way possible. It punishes those who excel, thus destroying innovation. It legislates equality of wealth, taking the property of those who have produced it honestly and giving it to others who have wasted theirs. Since innovation and earning wealth take place in commerce, envy condemns commerce as well. Finally, envy prevents mass production for the masses because it forbids the accumulation of wealth necessary for investment in capital goods that boost human productivity.

Adam Smith demonstrated that competition in free markets can control greed better than the state can. But Smith had little to say about envy. The only force equal to the power of envy has been traditional Christianity.