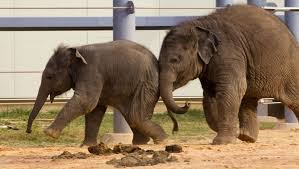 My sister-in-law taught me to do the “Dallas nudge.” It’s sort of a dance, like the Texas Two-Step, except it’s a tactic for getting onto one of Dallas’ many twelve-lane expressways. So you floor the gas pedal to match the speed of the traffic you want to merge with and then look away. The other drivers think you can’t see them and make room for you.

Behavioral economists have been pushing the government to nudge us since some of their own won the Nobel Prize. Like CS Lewis’ “do gooders,” we’ll never be free from their needling and meddling. The latest comes from the Chicago Booth School of Business in an article “Why policy makers should nudge more" by Alex Virkhivker. He wrote,


In one case, the researchers looked at a nudge by the tax-preparation firm H&R Block, which offered clients assistance in filing college financial-aid paperwork, and compared that approach with subsidies and tax incentives offered at the state and federal levels. The nudge produced 1.5 additional college enrollees per $1,000 spent—making it 40 times more effective than the next most effective intervention the researchers analyzed.

Likewise, nudging turned out to be the most cost-effective way of encouraging energy conservation. One program to nudge consumers into lower electricity use, sending letters comparing a household’s energy consumption to that of its neighbors, saved 27 kilowatt-hours per dollar spent. In contrast, a rebate offered by California utility companies produced savings of only 3.4 kWh per dollar, and other demand-management policies that relied on a combination of consumer education and monetary incentives averaged 14 kWh per dollar.

Another example is the studies done on pre-school. Yes, they improve student performance in early elementary, but the effect wears off by middle school.

People aren’t mice. It’s hard to change behavior over the long run because, unlike mice, people reason. What is likely to happen with the nudging for retirement is that people may save more initially, but they will borrow from those savings, not pay them back and will eventually opt out, especially after major losses in a bear market. The shaming of people in the energy example may have short term effects, but they are not likely to persist, as happened in the lighting for workers and pre-school experiments.

Behavioral economics has suffered from too many trivial results over the decades and so needs to appear relevant. Nudging seems to be their comparative advantage. But the issue raises some obvious questions. Why do we need nudging for retirement savings when we have Social Security, which takes 12% of our income? That should provide enough savings for a comfortable retirement. Of course it doesn’t because it’s poorly invested and it’s mostly a transfer of income from young workers to the elderly.

Nudging merely expands the power and scope of the state, which is killing the economy. US citizens need to quit pretending they live in the “land of the free” and accept that we are a socialist nation. So let’s try for a more rational form of socialism. If the dictatorship of the majority insists that every citizen must have adequate retirement funds (how much for how long?) then let’s make Social Security a true retirement savings plan.

With new computers, the SSA could keep track of each worker’s contributions and invest them in stock market index funds and corporate bonds. That way the savings would keep the natural interest rate low and spur economic growth. None of the money should go into government debt.

If anyone needs nudging, it is behavioral economists who need to be separated from their idolatry of the state.
Posted by Roger McKinney at 10:42 AM