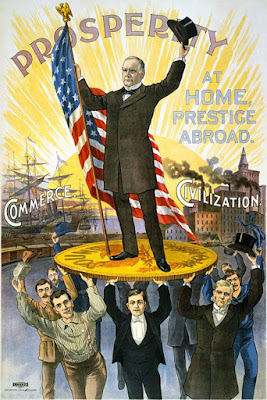 I have been looking for an economics text book for non-majors for years and finally found it in Francis Wayland’s Elements of Political Economy – published in 1837. It’s shocking how little good economics has changed in almost 200 years. But first, readers need a little background in order to appreciate the book.

Puritan economics in the US followed Calvin’s ideas closely and gave absolute control over commerce to the government. However by the turn of the eighteenth century, Puritan ministers no longer equated commerce with greed, but with “industriousness and prudence, moral reform and Protestantism’s interest in the world. They maintained that providence used overseas traders to protect English liberty and spread civilization,” according to Mark Valeri in Heavenly Merchandize: How Religion Shaped Commerce in Puritan America. And Isaac Newton, having been a great theologian as well as history’s greatest scientist, influenced Puritan pastors. Instead of viewing the hand of God directly causing events in the physical world, Newton described “nature as a system integrated into a regular pattern by universal physical laws” that God had created. God worked indirectly through natural laws.

Soon theologians began to find similar natural laws working in society to promote prosperity and order as well as to restrain vice. Prosperity no longer resulted from God’s favor at a Christian’s devotion but from following the natural laws of the market, and financial hardship was not a sign of God’s wrath as much as failure to understand and abide by God’s natural laws according to Valeri.

Writers on both sides of the Atlantic probed the meaning of the economy as a subset of this cosmic order. They described commerce as a series of natural exchanges that, by the law of nature, coalesced into a balanced system. This reading prompted pastors and merchants to imagine the natural dynamics of exchange as a divinely sanctioned, moral good. Innate desires brought people together into networks of trade that depended on mutuality, confirming the natural integration of variety into a whole; as Foxcroft put it, nature “impresses men with a deep sense of the bonds and benefits of society; and so excites them to feel the good of others” as they pursued their own economic good, “rendering their work daily more and more natural.” God designed the market system that ran by moral laws.

Some of the preachers learned economics well enough to express excellent monetary policy. For example, the great Jonathan Edwards preached a sermon in which he admonished the state to reduce its emissions of paper currency because the excess money caused rising prices, borrowing for speculation, and cheating of lenders by allowing debtors to repay loans in paper money worth much less than when they had taken out the loan.

Puritan Calvinists had finally arrived at the philosophy with which the sociologist Max Weber began his treatise that places the birth of capitalism in Calvinism’s doctrine of predestination. But it took Calvinists over a century to get there and when they arrived, they had merely traversed the two centuries that separated them from the scholars of the School of Salamanca and caught up to the other Protestant sects that had embraced those ideas much earlier, such as the Dutch.

During the nineteenth century in the old world, David Ricardo, J. B. Say and other economists divorced economic thought from the theology of the Late Scholastics and Dutch Protestants, ending finally in J. S. Mill’s rejection of Christianity and embracing socialism, which he dishonestly called “liberalism.” But economics continued to be entwined with theology for most of the century in the U.S., creating what one historian has labeled a school of “clerical laissez-faire.” The most influential member of the school was the Reverend Francis Wayland who wrote the most popular economics textbook before the Civil War. Wayland briefly pastored the First Baptist Church of Boston beginning in 1821. In 1827 he became president of the Baptist affiliated Brown University in Rhode Island and remained until his retirement in 1855. He introduced political economy to the school and taught it using Adam Smith and J. B. Say’s texts until he wrote his own, first published in 1837.

Wayland and the other clerical economists approached the discipline from a moral perspective much as the Scholars of Salamanca had three centuries before. They saw the science of political economy as laws that mankind must follow in the same way they obeyed the laws of the natural sciences. Those laws reflected human nature as created by God, which was originally good but had a tendency toward evil because of the rebellion in the Garden. Following God’s laws meant prosperity for people and disobeying them caused poverty and suffering. Those laws called for individual responsibility, private property, free markets and minimal government intervention in the economy. Wayland thought of himself as a theologian first and then a political economist and presented laissez-faire as Christian economics. He wrote,

By science, as the word is here used, we mean a systematic arrangement of the laws which God has established, so far as they have been discovered, of any department of human knowledge. It is obvious, upon the slightest reflection, that the Creator has subjected the accumulation of the blessings of this life to some determinate laws. Every one, for instance, knows that no man can grow rich, without industry and frugality. Political Economy, therefore, is a systematic arrangement of the laws by which, under our present constitution [human nature], the relations of man, whether individual or social, to the objects of his desire, are governed.

Wayland taught that we are required “so to construct the arrangements of society, as to give free scope to the laws of Divine Providence.” We must “give to these rewards and penalties their free and their intended operation.” For example, he listed the ways in which God’s laws increase the standards of living of nations:

Men will be richer, and therefore may be happier, as the following conditions are complied with:

1. As the laws of nature, designed by our Creator for our benefit, are understood;

2. As the means are devised for availing ourselves, in the most successful manner, of the utility of these laws;

3. As the human labor necessary to be expended, is so arranged as, with a given expenditure, to produce the greatest and most perfect result; and

4. As the inhabitants of the earth, in different localities, devote themselves most exclusively to the production of those objects of desire, for the production of which they have received, either directly or indirectly, from their Creator, the greatest facilities. [This is Ricardo’s principle of comparative advatange]

Or, still more generally, production will be abundant, that is, man will enjoy the means of physical happiness, in proportion to his individual industry, both of body and mind; and to the degree of harmony and good feeling which exists between the individuals of the same society; and also between the different societies themselves.

Wayland saw all exchanges in the market as exchanges of services whether physical products were involved or not, as Frederick Bastiat would express it in France. Many of God’s blessings are free, such as the sun, air and water. Wild fruit and animals such as deer are free for the taking. Those items achieved value in exchange, or in other words someone could charge a price for them, only because the seller labored to supply them to others. For example, no one would pay for water that they could get from a nearby stream with little effort. But if someone lived miles from fresh water and did not have the means to travel to it, they would have to pay another for the service of collecting and transporting the water for them. The trading of bread for lumber was at its heart an exchange of the labor of baking the bread for the labor of cutting down a true and sawing it into lumber. “But it is plain, that if a man expend labor in the creation of a value, this labor gives him a right to the exclusive possession of that value; that is, supposing the original elements belonged to no one else,” Wayland wrote.

Foreshadowing Hayek, Wayland understood that labor requires capital, if nothing more than a shovel, and the greater the amount of capital the more workers than can be hired. Workers lacking capital are virtually useless, even in such a simple job as cutting grass where the lawn mower is the capital. Capital also requires labor, for equipment without the labor to use it is worthless as well. Mainstream economists would be wiser if they kept that relationship in mind when writing about recessions because recessions result not just from sticky prices and wages. For the most part, long term unemployment happens because of the destruction of the value of the capital that workers had relied upon for their employment.

Wayland attributed the prosperity of the U.S. in the first half of the nineteenth century to the success at following God’s economic principles and the accumulation of capital:

Here distressing poverty, or poverty which shortens life, except it arise from intemperance, or from some form of vice or indolence, is very rare. The common laborer, if industrious, virtuous, and frugal, may not only support himself, but, in a few years, accumulate a valuable little capital. And notwithstanding the great immigration of foreigners, the wages of labor are annually rising. Hence, it is evident, that the increase of capital more than keeps pace with the natural and imported increase of the human race.

In Ireland, the case is reversed. There, the lowest classes are, and have been for a long period, in the most abject poverty. Multitudes of them are said to die, annually, of famine. He is considered in tolerable circumstances, who is able to furnish his family with a hovel, with one full meal of potatoes a day, and with a sufficient supply of straw to be spread upon the earthy floor for bedding. The reason I suppose to be, that, in addition to the deplorable ignorance of the people, the land is owned in England; and the rent, collected by rapacious underlings, is annually carried away and spent in England, instead of being turned into fixed capital in Ireland. Hence, the annual increase adds but little to the capital of the country; and the people must starve or emigrate.

Wayland also saw that the government could destroy property and capital:

But the right of property may be violated by society. It sometimes happens, that society, or government, which is its agent, though it may prevent the infliction of wrong by individuals upon each other, is by no means averse to inflicting wrong or violating the right of individuals itself. This is done, where governments seize upon the property of individuals by mere arbitrary act, a form of tyranny, with which all nations of Europe were, of old, too well acquainted. It is also done, by unjust legislation; that is, when legislators, how well soever chosen, enact unjust laws, by which the property of a part, or of the whole, is unjustly taken away, or what is the same thing subjected to oppressive taxation.

Wayland’s clerical laissez-faire continued to dominate American economics until Richard Ely returned from Germany a full blown socialist and established the American Economic Association in 1885 to promote socialism in the U.S.
Posted by Roger McKinney at 7:50 PM