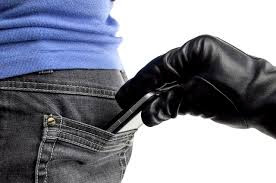 Another fad in investing, like “smart” beta, is target date funds that allocate assets in an investor’s portfolio by the investor’s age. Target date funds follow an ancient concept: put most of your money, say 90%, in the stock market while you’re young because you’ll have the time to recover from market collapses. But as you get older you have less time to recover so you reallocate to bonds and cash while keeping just half your funds in the market. In the past, most advisers recommended getting completely out of stocks and into bonds, but the ridiculously low returns on bonds has forced older people to take greater risks and stay in the stock market longer.


Keep in mind that the target date strategy is firmly rooted in the mainstream economics idea that life is nothing but a series of random events, like playing the slots in a casino. The riskiest games, like slot machines, pay out the most and are like stocks. The less risky ones, like poker, are the bonds. Of course, if investing was truly random as are casinos, investors would lose money in the long run, so the analogy breaks down.

Still, mainstream financial advisers pretend the market is a casino and employ the math of the casino that assumes everything is the outcome of random events. They know if the returns to a portfolio are random some of those events will be huge “draw downs,” or losses of principal.

Recently the folks at the investment firm GMO studied the effects of target data funds and found that the total returns over the life of the investor can vary dramatically depending on the market environment. In Who Ate Joe’s Retirement the analysts report on the results of two investors with identical characteristics:

However, when they reached retirement age one of the investors, Joe, was short $300,000! What happened? The authors call the problem "sequence risk" and explain it this way:

Now, the general intuition behind sequence risk – getting the right returns but in a bad order – is that those unlucky outcomes are likely driven by poor returns or nasty drawdowns in the final phases ofsomeone’s career. Let’s call this period the “Final 10 Years.” And the logic is pretty sound. Early in a career, market returns do not really matter too much for the simple fact that there is not much money in the DC account. Cash flows (employer and employee contributions), on the other hand, are the key driver of growing wealth. As an employee approaches mid-career and beyond, the account base is large enough that cash flows (as a percent of that base) are becoming less important while market returns rise in importance...Returns in the Final 10 Years have a high correlation with terminal wealth, so it’s important to avoid or mitigate drawdowns during any 10-year time frame (remember, ANY 10-year time frame is somebody’s Final 10 Years)...Unfortunately, there is an entire school of thought that believes sequence risk is just an unfortunate problem. It exists, the argument goes, but there is really nothing one can do about it.

I italicized the last two sentences for emphasis. The attitude that says, "There is nothing we can do about it," is a result of mainstream economic's assumption of randomness everywhere. As the authors write:

The EMH raises its ugly head and bites the investor in the derriere! Fortunately, the folks at GMO aren't fooled and advocate timing the market using a guide like Shiller's CAPE, which adjusts price earnings by using a ten-year average of earnings.

CAPE is a good place to start, but to really protect returns and avoid sequencing risk investors need to know the Austrian business-cycle theory (ABCT) because the biggest losses always happen in recessions. Understanding the ABCT won't empower investors to predict the quarter in which recessions will start, but it will aid them in getting out before the worst happens and getting back into the market in time to capture the largest returns when the market turns around.

Posted by Roger McKinney at 8:46 PM