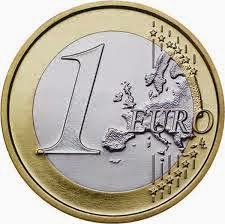 The ghost of David Ricardo must be sending chills up the spines of the economists of Europe and Japan. They may not understand what causes those chills because of the poverty of their education. The US may soon experience a similar visit. Here is how the Wall Street Journal put it in email newsletter:

Can the U.S. go it alone? All of a sudden, economic data from around the world is looking decidedly worrisome. China on Thursday showed stark, sudden slowdown in lending and home buying in July, while Europe’s second-quarter results confirmed everyone’s worst fears, with Germany registering a contraction for the quarter and the euro zone as a whole failing to grow. This comes after a very big slowdown in the same quarter for Japan, the world’s second-biggest economy.

Germany’s economy shrank 0.2% in the second quarter and lacks cold weather as an excuse. That would be a decline of 0.8% on an annual basis following the silly way the US reports GDP changes. Italy has suffered two quarters of decline. France’s GDP did not change and is teetering on the edge of recession. Japan’s economy shrank 6.8% last quarter.

None of this was supposed to happen according to the witchcraft that passes for mainstream macroeconomics. Economists expected ZIRP (Zero Interest Rate Policy) to drive away the ghosts of recession as garlic keeps vampires away. But it failed. Of course, they always respond “It wasn’t enough,” but that violates the principle of diminishing marginal returns.

Mainstream macroeconomists don’t know why it failed because they don’t understand capital. They model capital as if it were an alien creature, a self-sustaining blob. That makes the math easier for them, but in the real world where the rest of us are forced to live, capital comes in an enormous variety, from 747 jetliners to computer software.

Capital doesn't replenish and sustain itself; entrepreneurs do that and they won't be found in mainstream models, either. Most importantly, capital is scarce. Keynes convinced economists that it isn't and mainstream macroeconomists trust him today. Hayek wrote of Keynes assumptions:

Now such a situation, in which abundant unused reserves of all kinds of resources, including all intermediate products, exist, may occasionally prevail in the depths of a depression. But it is certainly not a normal position on which a theory claiming general applicability could be based. Yet it is some such world as this which is treated in Mr. Keynes' General Theory of Employment, Interest and Money, which in recent years has created so much stir and confusion among economists and even the wider public. Although the technocrats, and other believers in the unbounded productive capacity of our economic system, do not yet appear to have realised it, what he has given us is really that economics of abundance for which they have been clamouring so long. Or rather, he has given us a system of economics which is based on the assumption that no real scarcity exists, and that the only scarcity with which we need concern ourselves is the artificial scarcity created by the determination of people not to sell their services and products certain arbitrarily fixed prices. (Pure Theory of Capital, 373)

Austrian economists have pointed out that the artificial expansion caused by unlimited money always runs up against the real world brick wall of limited resources and crashes.

In his 1939 book Profits, Interest and Investment, Hayek abandoned his usual method of analysis starting from equilibrium and began with a recession and an excess supply of many goods. The central bank reduced interest rates to almost zero in hopes of resurrecting the dead economy by means of its magic money printing. Of course, the magic works temporarily, which is the reason central bankers keep trying it. But the “good” effects of an increasing money supply are always temporary and self-reversing.

The Ricardo Effect is the reason. I explain the effect in detail using the tools of a modern microeconomics text book here. The essence is that when the economy slams into the problem of scarce resources, prices change. Consumer price inflation may not appear; it didn’t in the 1920’s just before the Great Depression. That doesn’t mean it doesn’t exist. High rates of productivity growth can mask it. With a constant stock of money, high productivity rates should cause prices to fall mildly. Real inflation is the reported inflation rate plus the rate of productivity growth.

...though in the short run monetary influences may delay the tendencies inherent in the real factors from working themselves out, and temporarily may even reverse these tendencies, it will in the end be the scarcity of real resources relative to demand which will decide what kind of investment, and how much, is profitable. The fundamental fact which guides production, and in which the scarcity of capital expresses itself, is the price of input in terms of output, and this in turn depends on the proportion of income spent on consumers' goods compared with the proportion of income earned from the current production of consumers' goods. These proportions cannot be altered at will by adjustments in the money stream, since they depend on the one hand on the real quantities of the various types of goods in existence, and' on the other hand on the way in which people will distribute their income between expenditure on consumers' goods and saving. Neither of these factors can be deliberately altered by monetary policy. As we have seen, any delay by monetary means of the adjustments made necessary by real changes can only have the effect of further accentuating these real changes, and any purely monetary change which in the first instance deflects interest rates in one direction is bound to set up forces which will ultimately change them in the opposite direction. (393)

...the extent to which we can hope to shape events at will by controlling money are much more limited, that the scope of monetary policy is much more restricted, than is to-day widely believed. We cannot, as some writers seem to think, do more or less what we please with the economic system by playing on the monetary instrument...

I cannot help regarding the increasing concentration on short-run effects — which in this context amounts to the same thing as a concentration on purely monetary factors — not only as a serious and dangerous intellectual error, but as a betrayal of the main duty of the economist and a grave menace to our civilisation. (408, 409)

Posted by Roger McKinney at 9:28 PM